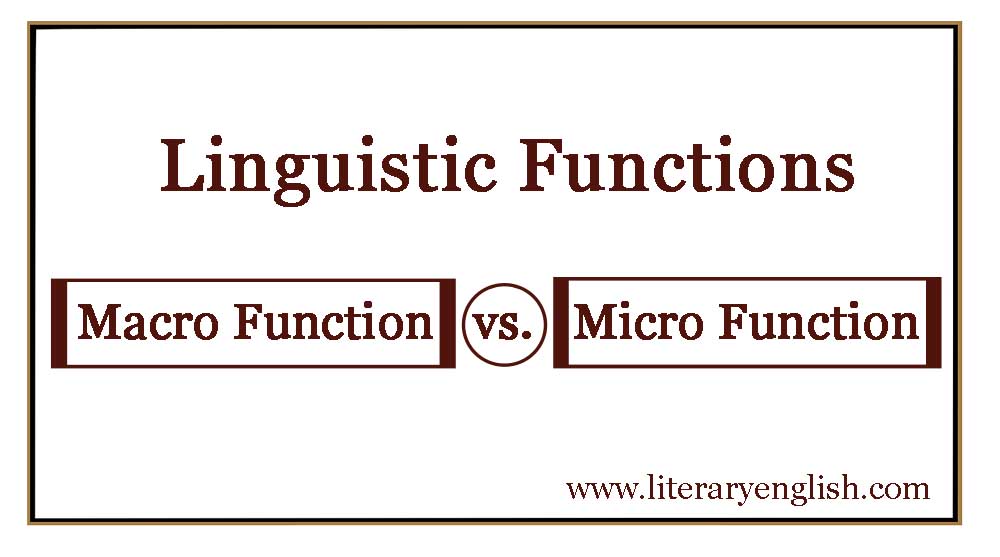 According to modern research and multiple studies, linguistic functions are divided into two main categories that are Macro Functions and Micro Functions.

Ideational function refers to the conceptualizing process involved in our mental activities.

Interpersonal function focusses on that language is primarily a social phenomenon. It also enables to project the speaker in the desired way and to represent the speaker.

It refers to speaker’s ability to manipulate language in a creative way as in poetry or comedy.

It includes speaker’s ability to create cohesive and coherent utterances or writings.

Sometime word play a deep role in a language as we see that people do not tolerate on religious terms or words that make any attributes to God. Similarly, people are very conscious for choosing name of their newborn children. This function elaborates that word have very deep bond with nerves.

When a speaker speaks or write, he thinks prior to make any utterance. Speaker makes use of words to during thinking. This use of language refers to reasoning function.  Therefore, this function is the instrument of thought.

Language often gives pleasure both to the speakers and listeners. It is not only supported by the frequent use of assonance, alliteration and onomatopoeia in poetry. Depending on the languages sounds some are perceived as being mild or crude