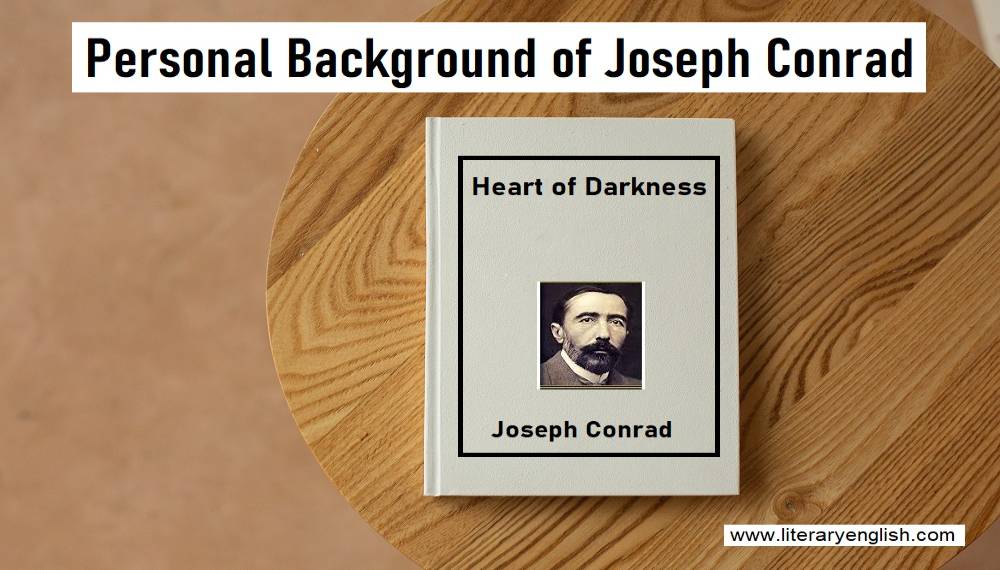 Personal Background of Joseph Conrad: Author of Heart of Darkness

Teodor Josef Konrad Nalecz Korzenikowski, one of the English language’s finest stylists, was born in Podolia, Poland’s Ukraine. His intense writing style and accounts of real and fictional adventures of dangerous, exotic places earned him a remarkable storyteller.

Conrad was not born in a blissful era of Poland, as Poland was ruled by multiple nations and strove for independence around the time of Conrad’s birth December 3, 1857. Different governments like Russia, Austria, and Prussia attacked, partitioned, and repartitioned the country throughout the late eighteenth century. Like other children of that time, Conrad’s childhood was affected mainly by this independence struggle.

Apollo Korzeniowski, a part of the Landed gentry, father of Joseph Conrad, despised the Russian oppression of his native land. However, his participation against Russian did not bring any good to him as Russians held their ground. Stefan Bobrowski, Kazimierz Bobrowski, Robert, and Hilary Korzeniowski stood against the Russians but were either dead or imprisoned.

Conrad, at such a young age, was watching his family embroiled in such horrible controversy. The perception of the strong oppressing the weak—and the weak powerless to revolt—surfaces in the heart of Darkness, where the White traders publicly murder the Congolese to get money and power.

Conrad’s father was also a translator and writer who composed political tracts, poetry, and satirical plays. However, his public urgings for Polish freedom in 1861 eventually caused Russian authorities to arrest and imprison him. In 1862, his wife, Eva, was arrested and charged with assisting her husband in his anti-Russian activities. Their exile was brutal and bitter: in 1865, Eva died of tuberculosis, and Apollo died of the same disease after four years in 1869. Conrad was naturally devastated; at the age of only 12, his physical health deteriorated, and he suffered from several lung inflammations and epileptic seizures.

After his father’s death, Conrad was returned to Poland, where his authority was given to his maternal uncle, Thaddeus Bobrowski. Under the guidance of a private tutor, his uncle sent Conrad to school in Krakow and then to Geneva. However, Conrad was a poor student; despite studying Greek, Latin, mathematics, and (of course) geography, he never completed the formal methods of study that he was expected to finish. Although Conrad read a great deal during his early teenage years, mainly translations of Charles Dickens’s novels and Captain Frederick Marryat, he was fond of adventures, especially the sea journeys.

In 1874, the sixteen-year-old Conrad’s desire to go to the ship and traverse the world as a merchant marine was fueled in part by Marryat’s writings. Between 1875 and 1878, he made three voyages to the West Indies after arriving in the French port to join Navy Conrad. In addition, he smuggled illegal guns for the Carlists, who were attempting to install Carlos de Bourbon on the Spanish throne at this time.

Then, in 1878, he made an unsuccessful suicide attempt, shooting himself through the shoulder and missing his vital organs due to his suffering from depression caused by debts and being forbidden to work on French ships.

Later that year, he joined the crew of a ship that made six voyages between Lowestoft and Newcastle when he had boarded an English ship that took him to the eastern port. During this time, he learned English. Conrad’s determination and passion for succeeding as a seaman was impressive: Although he began his career as an average sailor, by 1886, he had sailed to Asia and was made master of his ship. He then became a British subject and altered his name to Joseph Conrad.

In 1888, Conrad got his first command of the Otago, a ship harboring in Bangkok whose master had died. Surprisingly sea life was no more interested in Conrad. Finally, however, he was offered the opportunity to make a living.

Something happened in 1890 that changed the path of his life. He sailed up the Congo River in central Africa in a steamboat when he was a young man. Conrad was drawn to this place partially because of the adventure he believes it may provide him and provide him with a source of income. Conrad, on the other hand, observed great barbarism, disease, and inhumanity. His memories of the trip would later inspire his most renowned work, Heart of Darkness. During this time, Conrad was pondering converting his maritime adventures into novels, and Almayer’s Folly was the result.

However, the success of his first novel lured him away from the sea to his new adventures as an English novelist. He settled in England in 1896, married Jessie George, and began the career for which the world would remember him best.

Joseph Conrad’s Transformation from a Sailor to a writer

His journey of the sea, however, brought monumental uncomfortable moments and a lot of suicidal thoughts. Still, in the end, he featured plots about sailors and traveled to explore moral ambiguity and the nature of human identity. Heart of Darkness, a short novel about Marlow’s expedition into the Belgian Congo and man’s symbolic “heart of darkness,” was released by Conrad in 1902.

Conrad was a slow writer who felt the pressure of deadlines and the necessity to keep working to keep his family financially secure, even though he generated a significant body of work. Conrad’s problems were alleviated in 1910 when an American lawyer named John Quinn purchased all of Conrad’s writings and gave him a small pension.

On August 3, 1924, Conrad died of heart failure and was interred in Canterbury Cemetery. However, Conrad left a large body of work, still honored by millions of readers and writers as one of the greatest modern writers.