Same Word as a Different Parts of Speech 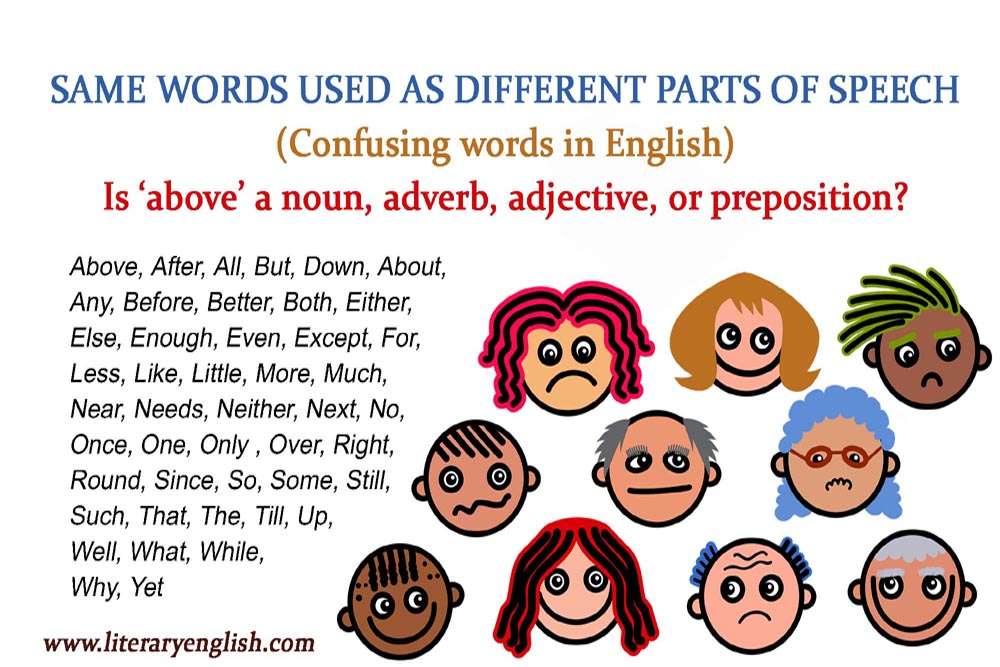 THE SAME WORD USED AS DIFFERENT PARTS OF SPEECH

In this article we will discuss confusing words in English that fall in different parts of speech as a single word like the word ‘either’, that is pronoun, adjective and conjunction at same time.

Is ‘above’ a noun, adverb, adjective, or preposition?

Below are few words that are much confusing among grammar students because are used as different parts of speech depending on their use.

·         Adjective: In after years the government set up a special allowance for widows.

·         Preposition: John returned after two decades. It is the sweetest fruit after mango.

·         Conjunction: John will come after he makes a plan. She finished the meal after I did.

·         Adverb: John has travelled all around the globe to explore the world.

·         Adjective: Exchange rates are down today. The down train will arrive in one minute.

More words that fall in different parts of speech: