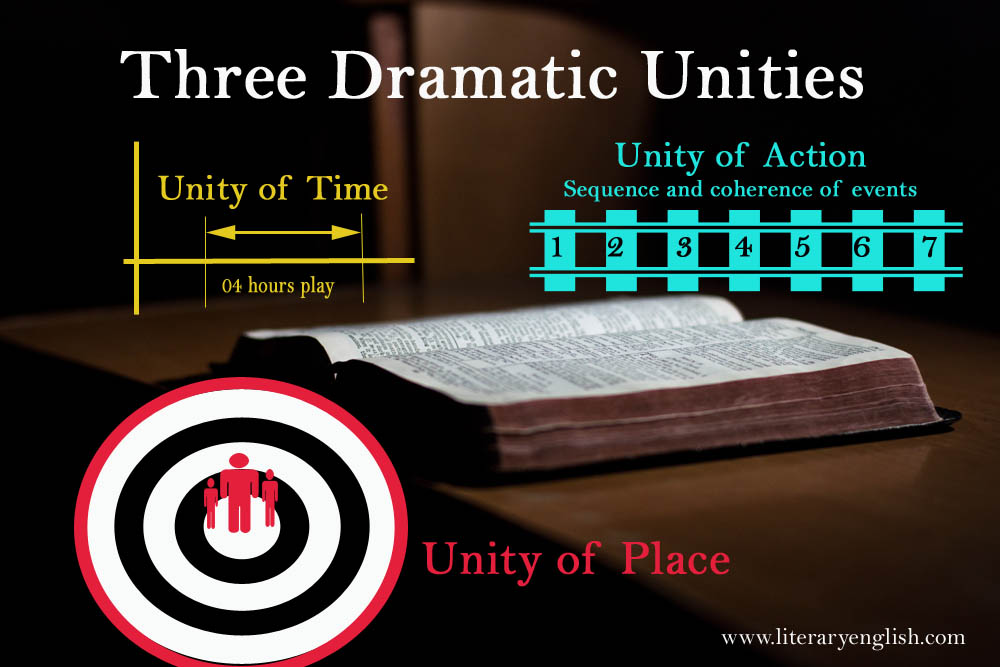 “Unity of plot does not, as some persons think, consist in the unity of the hero. For infinitely various are the incidents in one man’s life which can be reduced to unity: and so, too, there are many actions of one man out of which we cannot make one action. Hence the error, as it appears, of all poets who have composed a Heracleid or other poems of kind. They imagine that as Heracles was one man, the story of Heracles must also be a unity.”

Unity of action remained main element of any plot in all formats of literature. The success or failure of a tragedy depends on unity of action. If the plot is loose and events are not in proper order, reader will not be able to comprehend the main theme of the tragedy.

Unity of time means a limited period of time that takes a play to be performed on a stage. The actions of a tragedy were performed in a single day during Greek era. Aristotle also stated that tragedy should be limited to a single revolution of a sun. He stated:

“Tragedy endeavors, as for as possible, to confine itself to a single revolution of the sun, or slightly to exceed this limit”.

The above statement reveals that Aristotle did not define a rigid rule but there is little relaxation if it exceeds from a single day.

Later on, during Renaissance period in France and Italy, the unity of time became strict agenda for neo-classical critics to confine it to three hours theatre stage performance because the people were not ready to watch a tragedy for long period of time as Greek were spending up to three days on watching a tragedy.