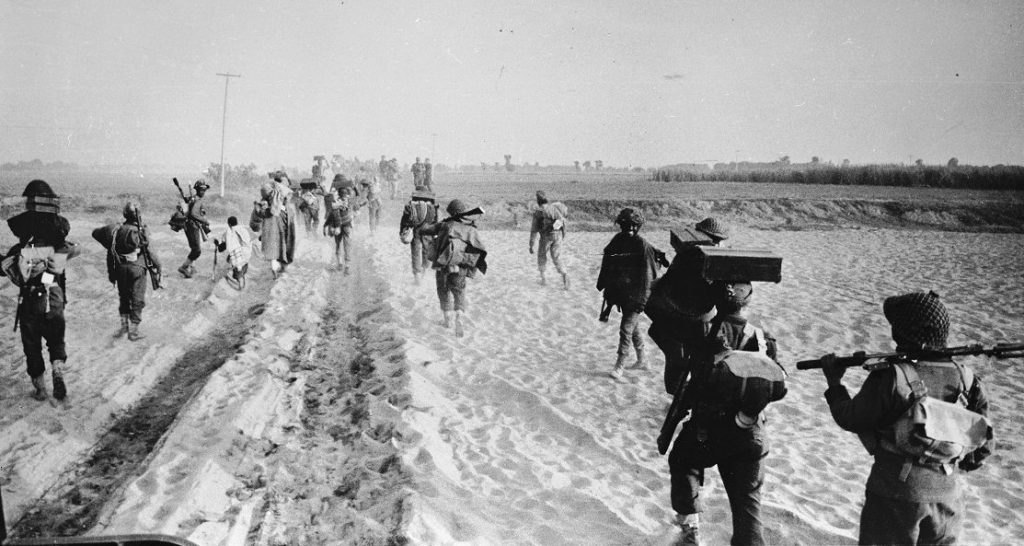 In the evening, both were having tea on the couch in the courtyard and relishing the promising junctures of life. The kids were pleased with their pedagogy and the atmosphere was very gracious. The community around was also very peaceful and friendly. Noor and Walayat  Begum were very glad and were recalling the days of their juvenility that how quickly time flown. Kids were studying and progressing with their vigor’s. Their eldest daughter was old enough to be married. Noor was in a pretty happy mood and Walayat Begum took it as a good chance to convince her husband. She told her husband that her brother’s son, who lives in Lahore, is also young; a sole son of his parents. Moreover, She told her husband that she will talk to her brother about their daughter’s marriage with his son.  Noor confided his wife that he would be glad and contended if his daughter would have married in his family. Both of them were engaged discussing this matter that all of a sudden there was a rush around, outcry and siren creak everywhere. Both of them hurried outside the house to see if everything is ok. Abruptly, they became afraid and anxious that why all these people are leaving quickly and why army troops are taking their positions.  The corps warned everyone to migrate from their houses because of the Indian army attack at the city. Indian troops have stricken out the Gandha Singh border near the city. You all have to move to the open areas.  There would be a risk in the homes. Noor and Walayat Begum impatiently clenched the hands of their kids and followed other people. People stayed up all night in open areas. The noises of bombing echoed from all sides. Everyone was scared and terrified. The circumstance did not appear to be getting better from anywhere and tensions were surging between the two countries. Everyone was homeless. Unexpectedly in the morning the corps arrived at the community and notified that all of you should vacate the city and move to Lahore. Staying in Kasur is not out of the risk. People got very upset that how can one depart from his own home and to move to a strange town. Noor and Walayat Begum too, took their kids and head to Lahore with some essentials. Uncertainty and tension subsisted around. Many were concerned about their house, some for their kids. Life of every person was in danger. The community of the village speculated that the population of the city is not good-natured but good-hearted.

Everyone was striding on the lengthy path to Ferozepur Road and there was no way to infer whether if they would perpetually move back or not. Some were hurrying on a tanga, some were strolling. The road was too extended and the expedition from the village to the city would take nearly three hours. Walayat Begum was believing in lagging with her brother in Lahore for exceptional days.  Noor was very incompetent at the time and had no possibility but to go somewhere other than his father-in-law’s house. According to him, living in his in-laws’ house is a disrespect to a man, but he was bound to do so for the sake of his kids. They arrived in Lahore in three hours and Noor and Walayat Begum attained Walayat Begum’s brother’s house with their kids which was located at Pakistani Chowk Lahore. Walayat Begum’s brother gladly meets and welcomes everyone, and also says that “This is your house, you can abide here as long as you yearn, I was very worried when I read in the newspaper about the Indian raid in Kasur”.  Noor said: “I may need to go. I am a volunteer and I have the right to apprentice”. Walayat Begum pleaded Noor to not to go to the place where the raid ensued. She adds that he has very young children and family responsibilities. Noor was very patriotic and admired his motherland extensively and he was ready to bestow his life for the sake of his nation and homeland. He said to Walayat, “Don’t worry! God willing! we will meet again.” Many people were though abandoned and many had been wounded along the way. Noor said: “I have to go for the aid, Walayat you stay with your brother and if the condition augments, I will come and we will go back to our house. Take care of the kids and yourself”. Noor departs for Ferozepur Road again. As he strode a little far, he was attacked by a pellet and Noor died on the spot.

Walayat Begum got the news of Noor almost ten days delayed when things had got better in Kasur city.  After Noor’s funeral, Walayat Begum’s brother said, “Now you don’t have to go to Kasur alone. You have to stay in Lahore. You have small kids. Bringing up them is not only an entity of a solitary woman.” Walayat Begum was very persistent and denied to abide in Lahore, and said that: “I have to go to my husband’s house. My house is the same no matter if Noor is not alive but he is still with me. I want to go back to my place where Noor and I had spent beautiful memories”.  But her brother says to Walayat Begum to face the reality and says that what she is saying is only dramatic . Reality is something relatively different. He further says that we cannot live with anyone’s memories. Accept that Noor is dead. Walayat Begum corrects her brother, ” No he is not dead he had received martyrdom. Martyr never dies.”

At the end, she was forced to live with her brother, because their society does not allow women to live alone. But Walayat Begum was a woman who did not want to be a burden to her brother. She wanted her children to get a good education and wanted to raise them as both mother and father. Just a few days had passed when Walayat Begum’s brother’s wife started lecturing and said that “She had come and straddled down, her husband had died and now, the entire life, she would be here and on my head”. Walayat Begum got very sad to hear it and asked her brother to give her a rented house. She would like to run her own house by doing some work and even if she would sell the Kasur house, some cash can come by selling that house and she will make a residence.

Walayat Begum’s brother was very embarrassed and vacated his sister to be evicted for the sake of his wife. Walayat Begum bought a room on rent because the whole house was not affordable for her. She went to the house in Kasur, where she saw that his brother-in-law had occupied her house. When she asked to vacate the house saying that it belonged to her husband, her brother-in-law pushed her out of the house and said that “You have eaten our brother and now you have come to get this house. Go! we have nothing to do with you or your children”.  Walayat Begum knocked on the door saying, “Listen to me once! keep the house, but help me so that I can pay the rent of my house.” But they did not open the door and limit their unconcern. Walayat Begum came back home with her eyes ample of tears. She was left alone by her real brother, so what could she anticipate from anyone? At that time she saw only God who could help her. She went to some of the women in her neighborhood and said that “I can do sewing and embroidery and I am needy too, give me the job of sewing clothes.” Firstly women said, “They don’t know if she sews or not. Maybe you are doing forgery, and women like you who live independently without any men, not reliable”. Walayat Begum said that let me sew a cloth one time. If you like,  pay then. Otherwise, I will not ask for money. Women agreed partly and asked her to sew clothes. Within one day, Walayat Begum prepared the clothes and taken them to the women. Women got amazed and said that she had sewed clothes so fast and they had never seen such nicely stitched clothes. It seemed like it’s designer’s clothes.  Everyone appreciated very much and deliberately all the people started coming for sewing clothes to Walayat.

In a single year, Walayat Begum became very self-subsistent and she moved her house first and sent her kids to school and college. Walayat Begum’s work was gradually progressing momentum in the city. Even shopkeepers started coming for pillows, embroideries on bed sheets. Ichra, Model Town, Township, and many more areas were covered by Walayat Begum. She used to leave home in the morning for work and delivery of the clothes and comes back home in the evening to do her house chores and educate her children. Walayat Begum listened to so many people about her character but she always ignored the people. As time flies, Walayat Begum’s work thrived. Walayat Begum even purchased a new house in the city and the children grow up and started their jobs. The journey of life was not susceptible to Walayat Begum and that decent old woman said that:

“God is Almighty. He never leaves His servants alone. No matter how bad time and circumstances are, a person must resist and believe in the essence that God is with him/her and watching and He is the Helper of His slaves. The world and the people of the earth are temporary, they leave us, but God does not leave us. God has given men and women equal rights and if he takes away something he also give in return”. 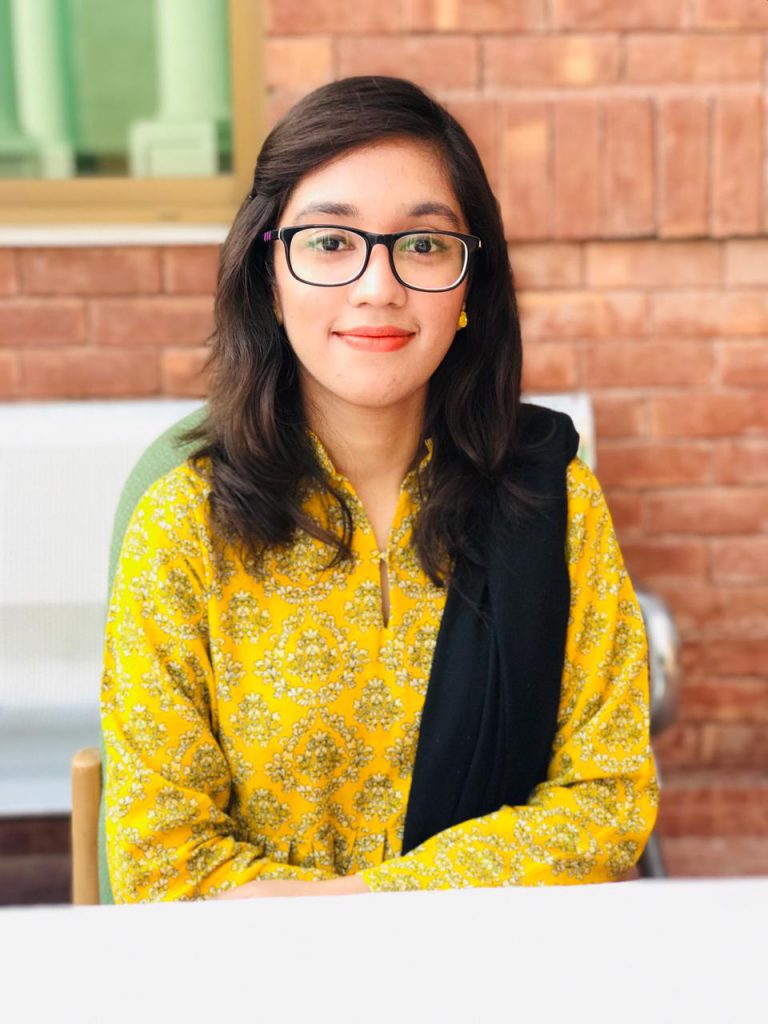 Hafsa Irfan is a young talented upcoming writer and a student of BS English (Language and Literature). She is currently pursuing her career as a fiction writer. About her academic career, she is a proud Cathedralite and Punjabian. She also wrote down some poems on love and existence. Her dedication to creative art is incredible.

You can reach her at artsomphalos@gmail.com

Publish Your Works With Us 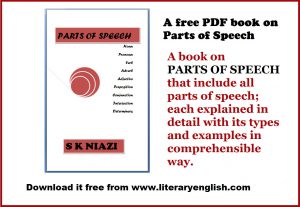 PDF book “Parts of Speech” is a unique book that helps readers to understand  each part of speech in comprehensible way. Click on above link to download it for free. 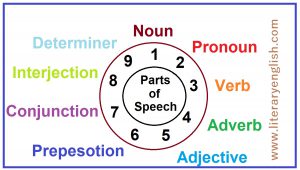 There are nine parts of speech in English grammar: Noun, Pronoun, Verb, Adverb, Adjective, Preposition, Conjunction, Interjection, and Determiners. There is also a detailed articles on each part of speech. 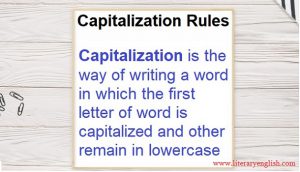 Capitalization Rules in English language are a little complex compared to other language writing systems. Here you can learn all about  capitalization rules.

Articles That Can Improve Your Blogging Skills

How to Improve Readability Score of an Article?

How to Check and Remove Plagiarism from a Copied Text?

5 Things to Pay Attention When Writing an Essay in English

How to Write an Insightful Interpretive Essay?

How to Effectively Proofread your Own Work?