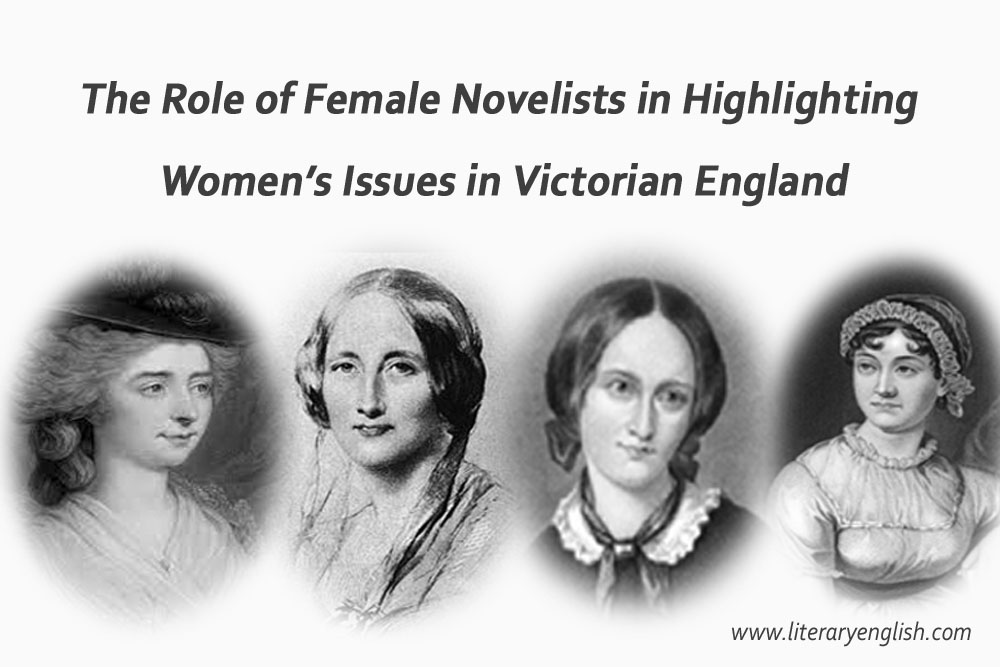 Since the dawn of time, females have been looked down upon and considered second-class citizens. Many people had negative impressions of them, including that they were mentally and physically deficient. That’s why it was concluded that their own residence was the most suitable setting for them. Women should only be expected to do domestic tasks like child care, housework, and making their husbands happy. Since these fields were considered too complex for women to comprehend, they were excluded from intellectual, literary, and philosophical discussions.

Women were not given equal treatment to men even in the most progressive Greco-Roman societies. Before the feminist movements shook the island, women in British society were treated like chattel. The stories of women, along with their hopes and dreams, were not only disregarded, but actively mocked.

Women’s writings were disregarded because of their perceived lower status. The only way a female novelist would have the courage to publish her work would be under a male pen name. Mary Wollstonecraft’s seminal work, A Vindication of the Rights of Women (1792), broke new ground by encouraging women to openly discuss their needs and rights.

Although a queen reigned over Victorian England, the country was still very patriarchal and placed unique expectations on women. Society had established norms of behaviour for them to follow. That is to say, they were expected to conform to the “Chadar and chardiwari” norms of their society.

Women writers of the time, such as Jane Austen, Charlotte Bront, and Emily Bront, wrote books that explored the experiences of women in society. Attempting to give a voice to a long-ignored female aspiration, these authors crafted heroines who were strong, self-reliant, courageous, and brave. These heroin addicts did not subscribe to the mainstream belief of “Angels in the House”.

In what follows, I’ll try to analyse how different authors portrayed a “new woman” in their fiction, one who was financially secure and politically active.

By today’s standards, Jane Austen was not a radical feminist, but she did write about women who challenged conventional gender roles. She gave life to independent women who, rather than laying down their lives for the greater good of society, tried to satisfy and amuse themselves.

In Pride and Prejudice, for instance, Elizabeth tries to assert her individuality in a patriarchal society. She is not a typical woman who gives into societal pressure to wed for financial security. Her view of marriage is that it is a sacred and emotional bond between two people who are mentally compatible. It is for this reason that she has decided to reject Mr. Collins’ marriage proposal. She makes the choice for herself and her future happiness despite her mother’s objections.

As for Jane Austen, she turned down lucrative marriage proposals in favour of a career in writing about women’s issues. In the same vein, Elizabeth, despite her financial situation, rejects Mr. Darcy’s proposal because she does not think highly of him. By contrasting Elizabeth with Charlotte Lucas, who chooses marriage for financial security, the theme of women’s autonomy is driven home.

Jane Austen has a low opinion of the women’s “useful” skills, such as dancing, music, and piano playing, that were necessary to find a husband. Austen’s heroines try to make the most of their situation at home, despite their lack of access to formal education, and she tries to show that it is possible to succeed.

She has also brought attention to the problem of women being barred from owning property. The law did not recognise them. This legal provision nearly resulted in the evacuation of Elizabeth’s family in Pride and Prejudice.

Jane Austen has toyed with the idea of a new woman numerous times in her other novels, such as Emma. Even though men were historically expected to be the primary breadwinners in British culture, Emma is the one who looks after her sick and frail father. This independent woman also agrees with Austen’s stance on marriage. She is an advocate for a marriage based on feelings.

In Gaskel’s book “North and South,” the heroine is a strong, independent woman who can make her own judgments. Margaret Hale, despite being a young lady, is capable of choosing her own path and making her own decisions. As it turned out, Victorian women believed that their security could only come from marriage. Marriage has been a problem that is discussed at length in the novel “North and South”. Margaret, a girl with a strong will, declined to wed Mr. Henry Lennox. Instead, if he gives up on the prospect of being married to her, she offers friendship.

She may be young, but she has the flexibility to deal with challenging conditions. Because of her upbringing, she is able to fit in with that affluent society once she relocates to the North. She is in a position to support the underprivileged workers and speak out against Mr. Thorton, the exploiter. She is also qualified to handle the conflict between Thorton and the employees.

She also possesses the capacity for economic thought, which was unheard of in that society for women. She has a pro-poor economic ideology, and it is this way of thinking that puts her at odds with Mr. Thorton, her future suitor. She criticises his “dry capitalism,” which prioritises profit over moral or human considerations.

Though she has a sturdy personality, she is also capable of fulfilling her family obligations in a splendid manner. She cares for her dying mother and provides solace to her loved ones. Also, she manages to get her brother, who is wanted for rebellion, out of the country in stealth.

In a nutshell, Mr. Thorton’s proposal to Maragaret is due to her powerful personality. She has the power to change him from a heartless boss into someone who genuinely appreciates and enjoys the company of his employees.

The challenges that women in her society faced motivated Bronte to produce feminism-themed works. One of these books is Jane Eyre, which tells the tale of a young woman named Jane who is looking for herself. Unlike typical ladies of the 19th century, Jane is a powerful woman who can lead a life on her own. In order for women to feel safe and secure, the traditional social conventions mandated that they have a male guardian. However, Jane is a figure that can stand on her own two feet and make wise judgments without anyone’s help or supervision.

Generally speaking, it was believed that assertive women were not modest and decent. Through the creation of the Jane character, Bronte has refuted this notion. Despite being autonomous, she has a strong moral code that she follow as she refuses to become her master’s mistress.

Women were perceived as being helpless, passive, and weak. The virtues valued in Victorian women were not aggression and conceit. Jane possesses the strength to stand up for herself and combat injustice. The conventional stereotype of a “fallen woman” cannot stop her. The philosophy of Charlotte Bronte is evident in Jane’s personality.

Contrary to Victorian ladies, Jane does not think that marriage should be based on financial gain. She is more focused on preserving her womanhood and autonomous identity. She declines to be Mr. Rochestor’s mistress because doing so would have jeopardised her independence and self-respect. She is attracted to Rochestor because of his brilliance rather than his wealth.

Despite her low socioeconomic status, she will not be manipulated into dancing for anyone. That’s why she can tell when her master is wrong and still manage to have a fruitful connection with St. John, even though they don’t have romantic feelings. Bront’s goal in creating such a character was to provide a role model for women of her time.

Evelina, the protagonist of the letter-based novel “Evelina,” is a young and lovely girl whose father has denied her the right of daughterhood. The novel recounts her first experiences in London as a new resident of the city. She deals with sexual predators, potentially violent suitors, runs into prostitutes while out, and starts making new relationships.

Several issues relevant to women’s lives, including sexual harassment, are explored in the narrative. Evelina and her relatives are sexually harassed by guys throughout the story. In addition, Evelina barely avoided being sexually attacked by the dangerous predator Sir Clement.

The other problem was that it was extremely unlikely for women from the lower classes to marry wealthy men. Consequently, even though Evellina has affections for Lord Orville, she can’t tell him how she feels.

Evellina also stands for women’s stereotypical reliance on men. At first, she is a very needy young lady. She first relies on Mr. Villars, and then on her friends. In the latter part of the book, she goes through a change that ultimately results in her being a strong, self-sufficient young woman.

As previously said, women novelists created their works during a time when their writing was frowned upon. Through their writings, they have exposed readers to their own thoughts and experiences. Such novels were intended to raise awareness of the condition of women. Additionally, they attempted to develop the concept of a “new woman” who is self-assured, audacious, incredibly talented, able to make her own judgments, and who possesses independent agency. They sought to develop female characters who would serve as role models for women their own age.