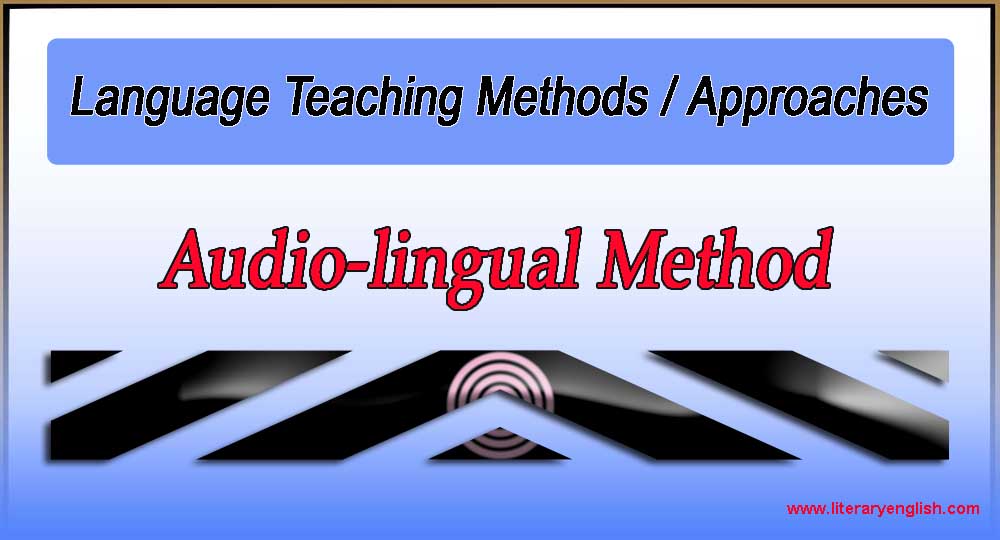 The history of language teaching methodologies goes back to ancient times. Language teaching methods evolve over time to make improvement according to the need of that time.  The merits and demerits become more and more apparent with the passage of time by different experimentation and accumulation of experience that cause a change in existing method.

The Audio-lingual Method emerged in United States at the end of 1950s. The U.S. government acknowledged the need for a more concentrated effort to teach foreign languages in order to prevent U.S. from becoming isolated from the scientific advancement. Specifically, when scientific inventions were at peak and first Russian satellite was launched in 1957.

The National Defense Education Act (1958) supported funds to teach modern language and analysis of modern languages. Language teachers and linguists were trying to develop a method that was more suitable to conditions in American colleges and universities. They extracted a method from the experience of different methods that were in practice including Army Specialized Training Program (ASTP), Aural-Oral or Structural Approach developed by Fries and behaviorist psychology. This combination of different experiences (contrastive analysis, structural linguistic theory, aural-oral procedures, and behaviorist psychology) led to the emergence of a new method: Audio-lingual Method.

Audio-Lingual Method is considered to be “very much an American method” (Ellis, 1990, p. 21). But, its roots can be traced back to simultaneous developments in Britain and the United States. During World War II, American troops were facing language issues in different countries and they devised effective and short term courses to teach conversational skills to army personnel who could work as interpreters and translators in France, Germany, Japan, Italy, China, and other several countries.

In above context, American applied linguists devised a language training program called as Army Specialized Training Program (ASTP). It was contrary to prevailing conventional methods of reading/writing-oriented instructions, but is focused on listening and speaking just to make interpreters and translators in short time and effective manners.

After World War II, by the mid-1950s, Army Specialized Training Program (ASTP) evolved into Audio-lingual Method and became a perfect method of language teaching. It spread very quickly into United States and Canada and became the predominant American approach to teach English as a second language.

“These immediate objectives imply three others: first, control of the structures of sound, form, and order in the new language; second, acquaintance with vocabulary items that bring content into these structures; and third, meaning, in terms of the significance these verbal symbols have for those who speak the language natively” (Brooks 1964: 113).

All the language skills (listening, speaking, reading, and writing) are covered in the syllabus. The language is presented orally first in form of basic sound patterns. Later on, learners go into written representation of those sound patterns in early phase of learning.

The initial phase of learning is confined to the audio-lingual and gestural-visual bands of language behavior. Memorization, repetition, and imitation make the learner to recognize and discriminate basic written patterns.  After familiarization with sound pattern in lingual and written form, learners concentrate on to enlarge their vocabulary. Finally gaining accuracy in fluency is the last phase of leaning.

As the name suggests, the main process of teaching in Audio-lingual Method is extensive use of oral instructions. It focuses on learner to produce accurate speech. A little portion of grammatical explanation is also provided to students. During class, the target language is encouraged as a medium of instruction, and translation. Use of the native language is discouraged. Strength of class is comprised of less than 10 people so that everyone could avail sufficient time in spoken practices.