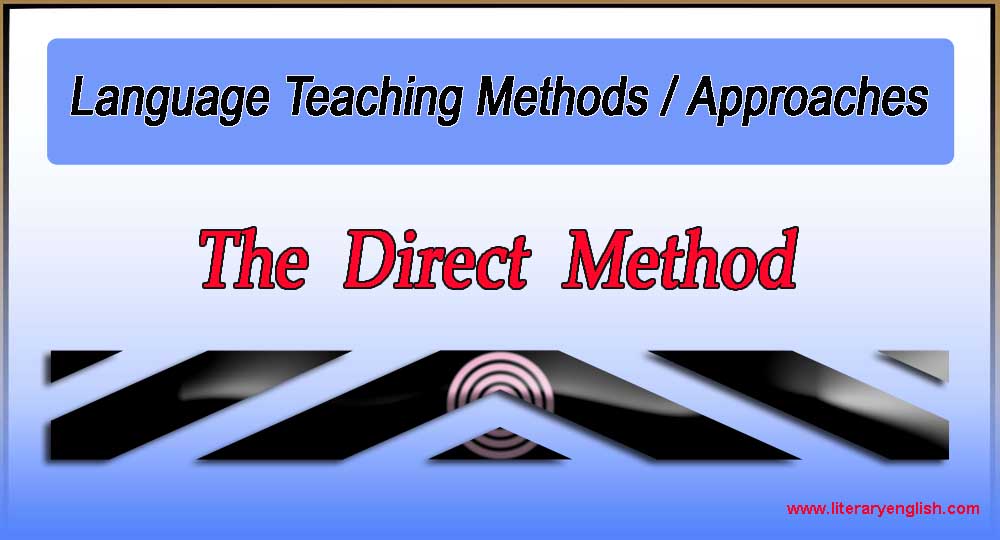 Grammar Translation Method was based on set of specific rigid rules dictation, cramming of rules, translation, and writing. The major drawback in GTM was lack of practical use of target language. There was no practice of spoken language and as a result; learners were good at reading and able to write sentences but they were unable to use that language in spoken context.

In Direct Method, spoken word was given primacy. The students were taught in target language. Instruction material was presented orally with help of actions and pictures instead of printed form. Learners were not allowed to use mother/native language to learn target language. The most important aspect of language learning in Direct Method was the practice of culture in true sense.

Aims of the Direct Method

·         The proponents of DMT believe that language learners should practice target language directly, in the same way as they learned their mother tongue without assistance of any other language.

·         DMT basic aim was to make direct interaction of learners to the target language.

·         It focuses on making a relation between rule and performance, experience and language, and, thought and expression.

·         No more excessive dictation and translation

·         No memorizing of rigid grammar rules but concepts are to be taught by means of objects or contexts.

·         Reading and writing is practiced with help of oral/verbal instructions.

·         It builds listening and speaking competency.

·         Grammar is to be taught indirectly rather than cramming of rules.

Activities of Direct Method Teaching in a Language Classroom

·         In Direct Method, teacher points to a picture (for leering vocabulary) or makes a gesture (to demonstrate an action) to make sure that learners understand clearly.

·         Then teacher introduce that element verbally. (With loud and accurate pronunciation)

·         Students repeats same element at the time until they became familiar with it.

·         Then teacher introduces the correct use of new element in sentence.

·         Teacher makes an example of that element in a sentence or in a phrase.

·         When learners become familiar with the element, Teacher asks them different questions using that element making yes/no questions or interrogatives.

·         Teacher uses Element in negative situations (e.g. “Are you the President of the United States?” or “Are you the teacher?”); Students says “No”. If more advanced, may use the negative with “Not”.

·         Teacher review the lesson in a light mood by showing some visuals to release mental stress.