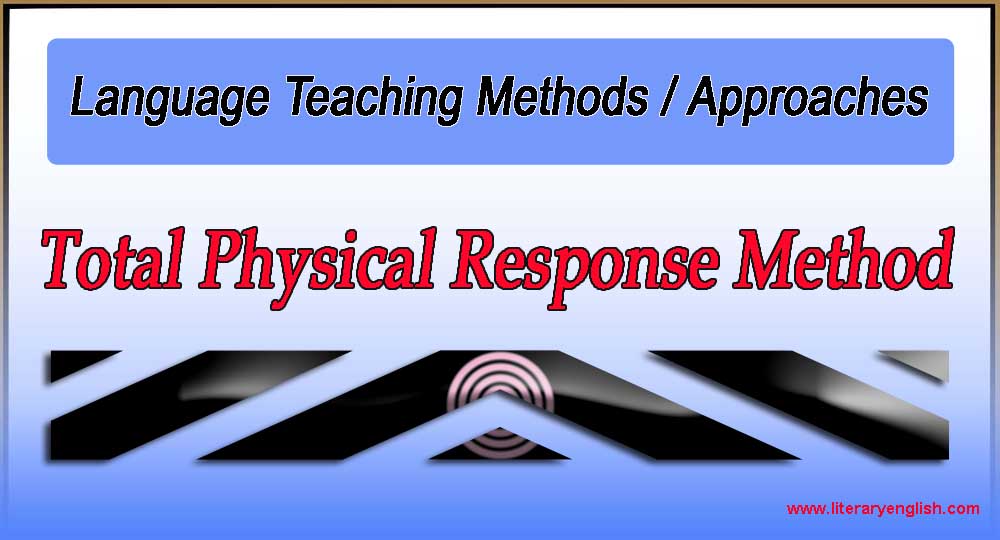 James Asher, a professor of psychology at San Jose State University, California, developed a new language teaching method that was based on physical activity (coordination of speech and action). It is known as Total Physical Response Method to activity of physical involvement in learning.

Asher states that “most of the grammatical structure of the target language and hundreds of vocabulary items can be learned from the skillful use of the imperative by the instructor” (James Asher, 1977, p. 4).

According to Asher, There are some common factors that facilitate or inhibit second language learning. To elaborate hi theory, he draws on three learning hypothesis.

First one is specific innate bio-program for language learning, second is brain lateralization and third one is stress.

Let us discuss how Asher views each of above hypothesis.

Brain lateralization: Asher observes that Total Physical Response is directed to right- hemisphere, whereas most second language teaching methods are directed to left- brain learning. Asher states Jean Piaget point of view that children acquire language through physical response that is purely a right hemisphere activity. If a child acts physically on a parental command, it means right- hemisphere activities occur before the left hemisphere can process language for production because at that stage child is unable to produce a language. Similarly, the adult should learn language through physical response triggered in right-hemisphere. When right-hemisphere learning has taken place, the left hemisphere will be triggered to produce language and to initiate other, more abstract language processes.

Stress: Stress is one of the important actors in language learning. Asher states that a child acquires mother language without any stress; whereas the adults face huge stress and anxiety while learning a target language.

The main objective of Total Physical Response is to build speaking/oral competence. A typical TPR course focuses to make a learner able to speak non-native/target language that is comprehensible to a native speaker of that language. The instruction goals are set in such a way that they are possible to achieve through the use of action- based drills in the imperative form.

The syllabus of TPR depends on the type of exercise employed in TPR class. Unlike conventional methods, TPR focuses on intentions to meanings rather than grammatical or structural form. In TPR, learners learn grammar inductively. In TPR class, students are introduced to number of lexical items that may vary 12 to 36 depending upon number of syllables and stage of learning. The learners learn differentiation and assimilation between these lexical items and their correct use in spoken context. There is no basic text in a typical Total Physical Response syllabus.

Imperative drill is one of the major activities in TPR classroom. After sufficient period of instruction, learners are engaged in conversational dialogues to build spoken competence. Role plays and slide presentations are also part of TPR class activities. Learners are to participate in role plays based on everyday situations, such as at the restaurant, or at an airport.

The learners play an active role of listener and performer in Total physical Response classroom. They listen to instructions and command with full attention and perform physical action accordingly. In Total Physical Response, adult learners are encouraged to speak like a child when they feel ready to speak.

Asher recommends detailed lesson plans: “It is wise to write out the exact utterances you will be using and especially the novel commands because the action is so fast-moving there is usually not time for you to create spontaneously” (1977, p. 47).

Teacher’s role is interesting in TPR. He is not only a conventional teacher of language but he has to provide opportunities to the learners to speak in the class. He has to decide that what is to be taught in a lesson. The teacher provide raw material and learners construct cognitive map from teacher’s instruction. Teacher plays a very similar role of a parent of a child who never rebukes on errors but the correct and encourage speaking. At very initial stage, teachers refrain to correct every mistake because it causes stress.