An Introduction to A Tale of Two Cities by Charles Dickens 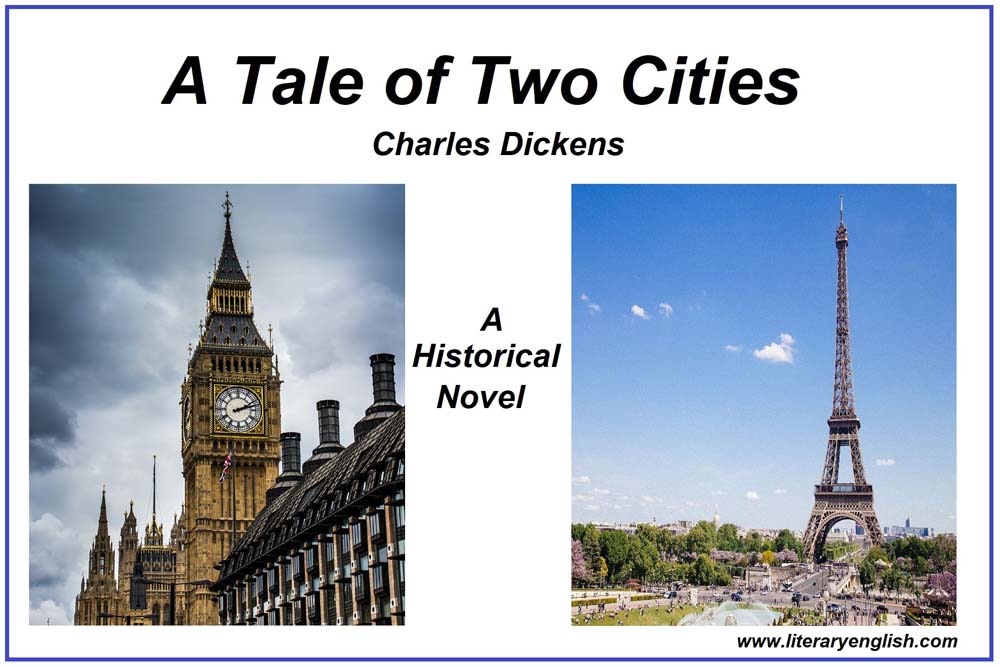 Charles Dickens was born in Portsmouth, Hampshire, on 7th February, 1812, to John and Elizabeth Barrow Dickens.  He is one of the greatest English novelists and most studied than any other English novelists in the world. Dickens’ novels are the outcome of his outstanding achievement in English writings. He also wrote many works other than novels that include two travel books, Christmas stories, nonfiction articles, and a history of England for children. Additionally, as a novelist, he continued his services as a journalistic career, working as an editor at the periodicals Bentley’s Miscellany and Master Humphrey’s Clock.

Introduction to A Tale of Two Cities

A Tale of Two Cities is a historical novel written by Charles Dickens, published in weekly installments in All the Year Round during 1859 and in the 20th century many films were made upon it. A Tale of Two Cities holds a significant place in the canon of Charles Dickens’s works. This novel contains political documentaries of 18th century England and France and placed in the historical fiction category. It covers an 18 years span from 1775 to 1792: the time of French revolution. The major themes of the novel are revolution, duality, recursion, violence, centrality of women, and aristocrats versus peasants. The opening of the novel is very interesting depicting the political situation of two cities: London and Paris. This was a time of political and economical uncertainty. This worse condition leads to American freedom movement and French revolution.

The story involves the historical event of French Revolution. It was the late 18th century when the economical situation of France and England was much worse. Aristocrats were enjoying the heights of pleasures of worldly pursuits and the poor were dying of hunger. Ruling sector was ignorant of the state of the poor. In the lead of Madame Therese Defarge and Ernest Defarge, the poor were planning for the revolution secretly and when prepared they attacked on Bastille and killed many aristocrats. There was all around blood and everyone was suspected as a spy and was put to death. The story also portrays a tragic life-story of old Dr Alexandere Manette who was put into prison with no offence before revolution for 18 years and got freedom when Bastille was captured by revolutionaries. The story is a little complex with multiple subplots and many themes.

Structure of the Novel

The novel “A Tale of Two Cities” is comprised of three books:

Main Characters in the Novel

Major Themes in the Novel

The major themes of the novel are revolution, duality, recursion, violence, centrality of women, and aristocrats versus peasants. The story of the novel reveals some true facts from the history.