An Introduction to Characters in A Tale of Two Cities

Characters in a Tale of Two Cities 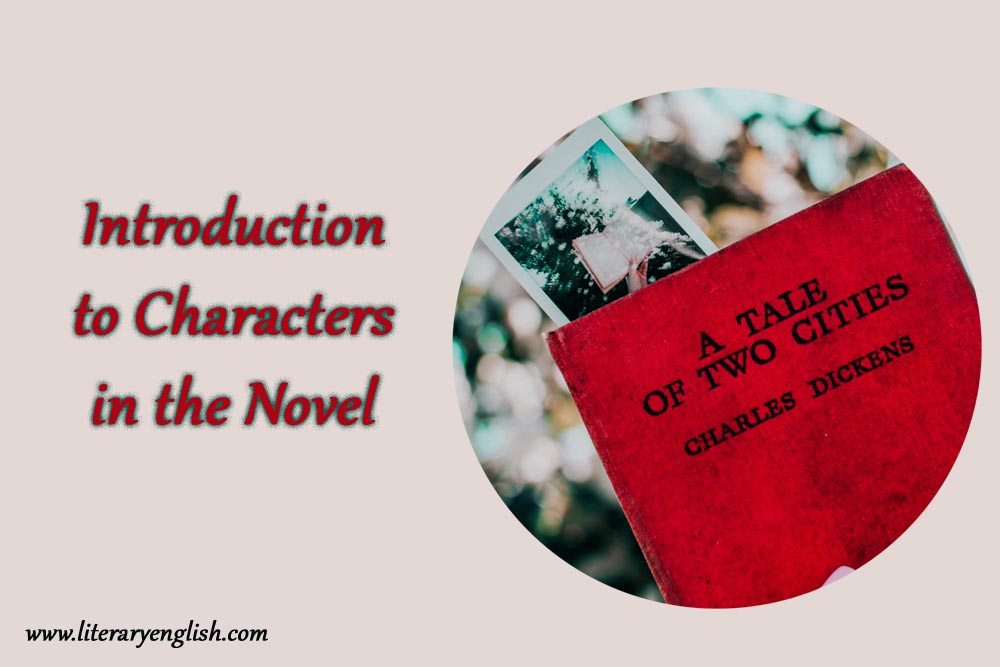 Brief Introduction to Characters in A Tale of Two Cities

Doctor Alexander Manette was a main character in A Tale of Two cities. He was a brilliant physician from France, who was imprisoned, with no offence or charge on him, in the Bastille in Paris (France) for 18 years and suffered some mental trauma due to long imprisonment. After the revolution, he was released and brought back to England by his daughter, Lucie Manette. At the end, when he comes to know that the husband of her daughter, Charles Darnay, is from the Evremonde family who put him into Bastille, he becomes again mentally disturbed and starts making shoes. When Charles Darnay was imprisoned in France, Dr Alexander Manette with his daughter goes to France to save him from the guillotine.

A beautiful young French woman well recognized for her compassion. Charles Dickens depicts her as an archetype of kindness. She was raised as a ward of Tellson’s Bank because her parents were assumed dead. When she brings her father back to life, she cares for him and remains devoted to him, even after her marriage to Darnay. Her love has the power to ensnare any man in her web that’s why Dickens writes “golden thread.” Furthermore, her love sparks Sydney Carton’s development from a “jackal” into a hero.

A French aristocrat, Charles Darnay gives up his family name of St. Evrémonde because he cannot bear to be associated with the unkind injustices of the French aristocrats. He chooses to live in England, where he works as a French tutor. Darnay shows great virtue in his rejection of the snobbish attitude of his cruel uncle, the Marquis Evrémonde. He married Lucie Manette in England and exhibits an when he reveals to Doctor Manette about his actual identity.. He proves his courage again when he decides to return to Paris at his own risk to save his family servant Gabelle who is imprisoned. When he reaches Paris, he is put on trial for the crimes of his St. Evrémonde family.

Sydney Carton, An impudent and alcoholic lawyer who works with Stryver in England. He looks like Charles Darnay and this physical similarity saved Darnay. Carton has no serious pursuit in his life. However, his love and feelings for Lucie is serious and eventually makes him a man of great value.  He sacrifices his life only in love for Lucie Manette and saves the life of her husband. His true love makes him a hero in a true sense.

Mr. Jarvis Lorry is an English businessman who works for Tellson’s Bank. He is a business-oriented bachelor who has a strong moral sense and a sincere heart. He is an honest and loyal friend to the Manette family.

Ernest Defarge is an owner of a wine-shop and a revolutionary leader of the Jacquerie (a roving band of peasants) in Paris during the French Revolution. He worked as a servant for Doctor Manette before his imprisonment. Defarge stands as an intelligent and committed revolutionary leader during French Revolution. He struggles to bring out a better society at any cost. He has a kind attitude toward the Manette family.

She is a revengeful and cruel revolutionary woman who is the wife of Ernest Defarge. Madame Defarge knits a registry with the names of those aristocrats who will be hanged after revolution. She is the leader of female revolutionaries in French Revolution. She was committed to take revenge on her enemies. Unlike her husband Ernest Defarge, she is mercilessly blood-thirsty, and her yearn for vengeance knows no bounds. Her role and character in A Tale of Two Cities is remarkable.

Miss Pross is an English woman and a servant who raised Lucie. She was a devoted servant and protector of Lucie. She faces a fight in Paris with Madame Thérèse Defarge when she asks for Lucie and Darnay.

Jerry Cruncher is a short-tempered, superstitious, and amateurish man.  He is a messenger for Tellson’s Bank and Jarvis Lorry’s bodyguard with his carriage. He earns some extra income by working secretly as a grave-robber and sells dead bodies to scientists. He beats his wife violently when she offers religious prayers.

She is Jerry Cruncher’s wife. She is a pious lady, and frequently beaten by her husband Jerry for offering religious prayers.

Young Jerry Cruncher is Jerry’s son, who assists Jerry at Tellson’s bank. He resembles his father in temperament and appearance. He also secretly follows his father toward grave robbing and gets frightened.

Stryver is a rude and ambitious lawyer in England who employs Sydney Carton as an assistant. Stryver and Carton were class-fellow in school days. Stryver saves Darnay in England when he was charged as a French spy. He also aspires Darnay to marry Lucie.

Like John Barsad, Roger Cly is a government spy in England who faked his own funeral. Later on, he appears as a prison spy in France after revolution.

John Barsad was a government spy in England and later he became a spy in France during revolution. He was recognized as Miss Pross’ brother in England. He helps Caron to enter a prison cell where he changes himself with Darnay.

He is an egocentric French aristocrat. He personifies all upper classes’ pursuits in pre-Revolutionary France.

He is an aristocrat and cruel man from France and he is Darnay’s uncle also. He proves to be cruel and has no regard for human beings. He wishes that all the peasants would be ostracized. He runs down a little child of a peasant with his carriage and is later killed at night by the Gaspard, the child’s father..

He was a servant for the St. Evrémonde family. The revolutionaries imprisoned this man and demanded him to be put to death because he was charged with keeping up the Evrémonde estate after the Marquis’ death.. He sends a letter to Darnay to come for his help. Darnay came back to France for his help but revolutionaries put him into prison.

The man who murdered Marquis St. Evrémonde was Gaspard. The son of Gaspard was killed by Marquis under his carriage. He was arrested by French authorities and was hanged.

He was a peasant and eye witness of Gaspard’s child’s death. He becomes a bloodthirsty revolutionist. He appears wood-cutter after revolution.

We have discussed dominant and active characters in A Tale of Two Cities. There are many other characters in the novel but because of their less role of performance, they are not included.