What is Semantics?
Origin of Word Semantics 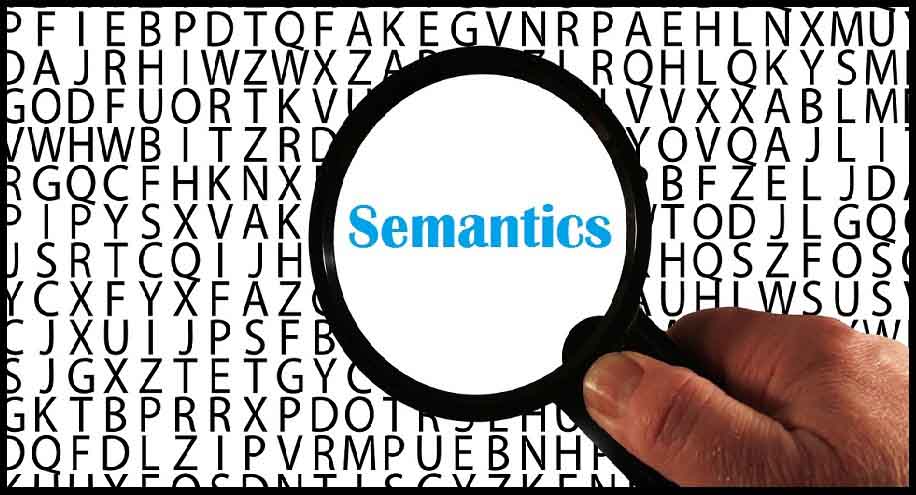 Semantics means the meaning and interpretation of symbols, signs, words, phrases, and sentences. Semantics is also called semiotics, semology, or semasiology. It is the scientific study of meaning in a language. The term semantics is used in linguistics, which studies the different relations between sign (linguistic signs) and signified (thing and meanings). In simple words, semantics is a branch of macro-linguistics, which studies about the meaning in a language. The word semantics is widely used as a name for the doctrine of meaning than other related terms like semiotics, semology, or semasiology. The term semiotics is still in use that is used for a broader field of the study of sign-using behavior in general.

Holliday (1985) states that the word ‘semantics’ does not refer to the meaning of words only but it is the entire system of meanings of a language. Semantics determine our listening and reading comprehension; how we understand other speakers and how we fetch meanings from a written text.

What decisions we make because of our interpretations after reading a text. Semantics can also refer to the branch of macro-linguistics that deals with meanings and their relations meanings of related/other words in a language.

Semantics remained an interesting field of study among linguists and philosophers since last few decades and explored many other sub fields. In this field, philosophers and linguists debate the essence of meaning, how we share meaning with others, how we build meaning, and how meaning changes over a period of time.

Examples of a Semantic Study:

In semantics, we study relations of words with reference to their meanings in a sentence. For example, a word ‘lion’ is a name after an animal but when we use it in a sentence, it may vary its meaning and listener or reader will extract meaning depending on other words in that sentence. There are different types of meaning and a word may fall into many meanings as the word loin depicts different meaning in different situations.

To understand different meanings of the loin read below sentences.

1. I saw an old lion in a jungle. (Literal meaning)

2. John is a lion and all his fellows are fan of his bravery. (Symbolic meaning)

In above sentence, the word loin was used for totally different meanings. Such studies are made under the discipline of semantics.