Career of a Linguist after Graduation 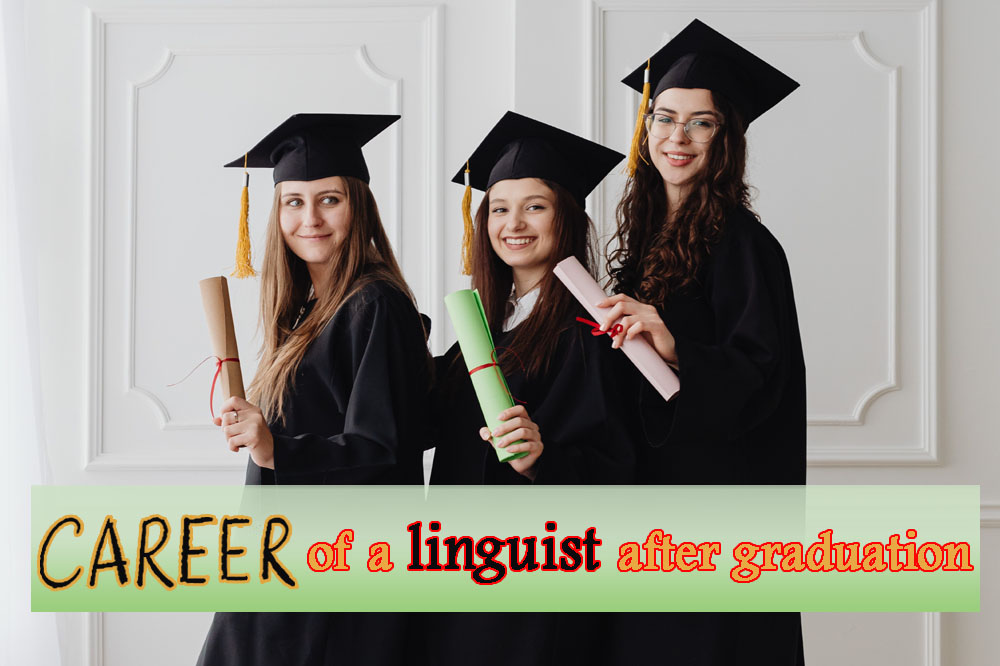 Career of a Linguist after Graduation in Linguistics

In this article, we will discuss about career of a linguist after getting a graduation degree from university. Students repeatedly ask that if they pursue a linguistics program, how they can be successful after getting a degree. We will reveal all opportunities in this article that a linguist can avail. We have also mentioned top ten universities that offer multiple linguistics program for students around the globe.

Linguistics is scientific study of languages. Linguistics aims to discover multiple aspects that include:

It further adds on the analysis of the different aspects within a language such as the meaning, form, context, and other basic elements of a language.

Linguistic can be the main interest for those who love learning new languages. It can help them to learn what a language is, and what the history of any language is. Linguistics is a wide-ranging area of study and encompasses various specializations for students around the world.

Career of a Linguist

The linguistics field emerged in recent era and spread quickly. Many students are confused that if they proceed towards a career as a linguist, how they can be a successful in their professional life.

A linguist as a teacher

A linguist as a professional

A linguist as a writer/publisher

A linguist as a developer

A linguist as a social worker

Below is the list of top 10 favorite universities that offer linguistic programs for students worldwide.