Definition and Examples of Simile 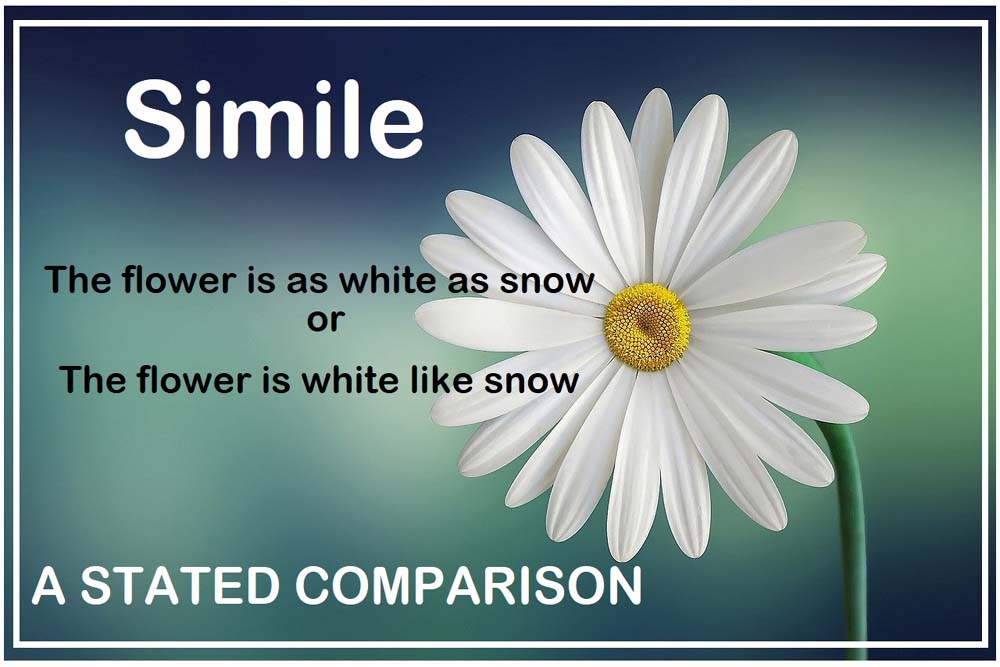 The word simile came from a Latin word “similis” which means “like or likeness”. Simile is an expression of likeness/similarity/resemblance between two or more different objects or events. The word simile compares two separate things, concepts, ideas, or objects by a connecting word such as “as” or “like”. We use simile when we place two objects or ideas side by side to compare them with regard to some common quality between them. In simile we use comparisons words like and as, to represent similarity between two objects. Simile is commonly used figure of speech in literature and poetry. Poets use it in their poetry to make their poetry more attractive and appealing.

Definition of Simile in Oxford Dictionary: “a word or phrase that compares something to something else, using the words like or as, for example a face like a mask or as white as snow; the use of such words and phrases”

Examples of simile using word “as”

“His heart is as hard as rock.” In this example of simile, the heart of a man is compared to a rock and similarity between heat and rock is hardness. It means the man who has hard heat is cruel or unkind who has no concerns with others.

“Ali is as brave as a lion.” In this example, a man Ali is compared to a lion and similarity between man and the lion is braveness, courage or valor.

“Can you jump like a monkey?” In this example of simile, the comparison word “like” is used to compare the similarity. Here the quality of jumping is compared between a man and a monkey.

“My shoes are black like coal.” Here is also the word like is used for comparison. In this example of simile the color of two objects is compared as a similarity.

Some Common Example of Simile