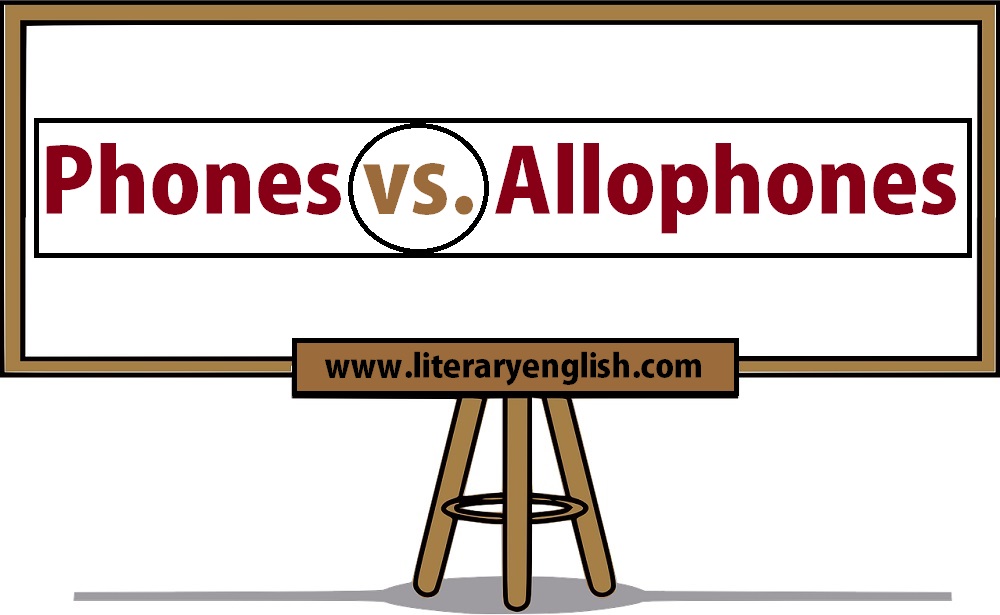 What is Phone in Phonology?

Phone means a sound; any sound that is produced by vocal organs. Phone, particularly in phonology, is a smallest possible segment of sound (which has some physical feature) abstracted from the continuum of speech. The terms ‘phonetics’ and ‘phonology’ in linguistics are also take from the word ‘phone’ because both these branches deal with sounds in linguistics.

What is Allophone in Phonology?

In second word ‘spoon, when we pronounce it, we have already released air by pronouncing first phoneme /s/ and we close lips for very short time without outward thrust of air to pronounce /p/. Because followed letter also need release of air that cause a change in sound of /p/.

Above explained variation in a single phoneme is known as allophones.

To clarify your concept, look at below examples.

If you carefully analyze above words given in example as a student of linguistics, you will notice a huge difference in the sounds of same phoneme. So all variant of same phonemes are allophones.

Hope you have understand that what is phone and what is an allophone. Below are more points that will clear you to understand difference between phone and allophone.

Phone is a phonetic transcription of a phoneme.

Allophones are the systematic variants of a phoneme.

We enclose phonetic transcription of a phoneme in a square bracket like [bird].

Allophones are enclose in slashes like /b/ in bird.

Phones are understood prior to any other information.

Sometimes, allophones are predictable depending on adjacent words or context.