Phonology and Branches of Phonology 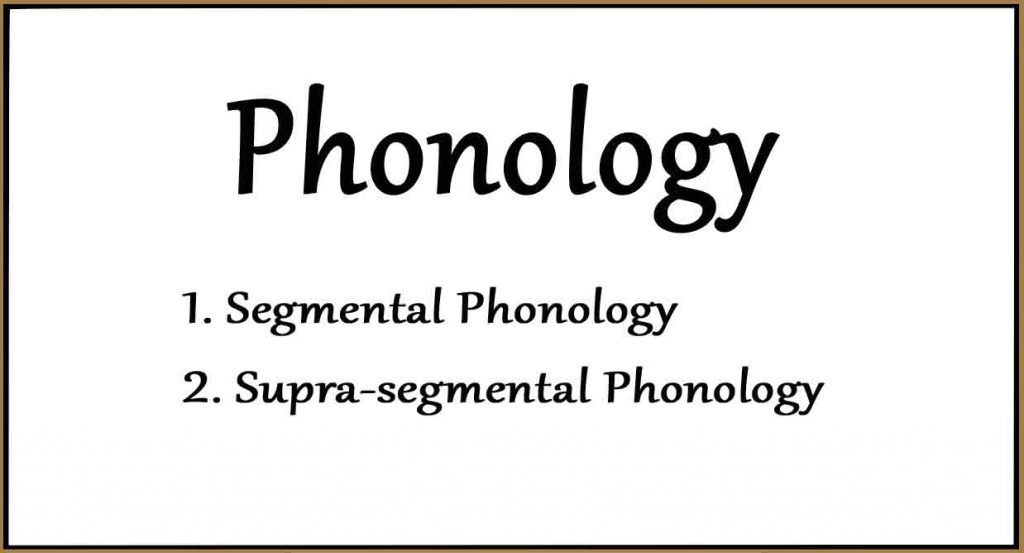 Phonology encompasses different aspects like phonetic relationship that relates and contrasts words and other linguistic units, organization of sounds by studying speech patterns and distribution and patterning related to speech sounds. Phonology also answers the questions like – why there is a difference in the plurals of hat and bag; the plural of hat (hats) ends with the /s/ sound, whereas the plural of bag (bags) ends with the /z/ sound.

A segment in phonology is any discrete unit that can be identified separately and independently, either auditorily or physically. Segments in phonology refer to phones and phonemes. It studies that how phonemes are made with vowel and consonants and how they perform function in a language.

Basically segmental phonology encompasses vowels and consonants to explore phonological studies. It deals with the functions of vowels in different words and how letters are formed in a pattern to make a specific sound.  The words made and maid are too close in pronunciation however they have different letters. So, segmental phonology is based on the segmentation of language into individual speech sounds

Supra means ‘above’ or ‘beyond’ and segments are sounds (phonemes). Supra-segmental phonology is also known as prosody. It is concerned with those features of pronunciation that cannot be segmented because they extend over more than one segment, or phonemes. Supra-segmental phonology deals with attributes (like tone, rhythm, stress, etc.) of pronunciation which cannot be segmented. Suprasegmental phonology refers to vocal effects such as stress, tone, intonation, etc. Main suprasegmental features include stress, pitch, tone, intonation or juncture.

Suprasegmental features are meaningful when they are applied above segmental level. Its features are superimposed on the syllables. Stress or accent is the relative emphasis given to a certain syllable in a word, or to a certain word in a phrase or to a certain sentence in a speech. Variations in stress in English are used to distinguish between a noun and a verb e.g. word insult can be used as a verb and noun and its distinction is subject of supra segmental phonology. Supra-segmental features have been explored extensively in the recent era and many theories have been constituted related to the application and description of these features.