Specific languages often influence different cultural practices. If, for instance, you need to embrace a certain culture, you will have to begin from the basics, which is understanding and interpreting the language. That is why culture plays a crucial role in influencing language. However, both culture and language are independent of one another. 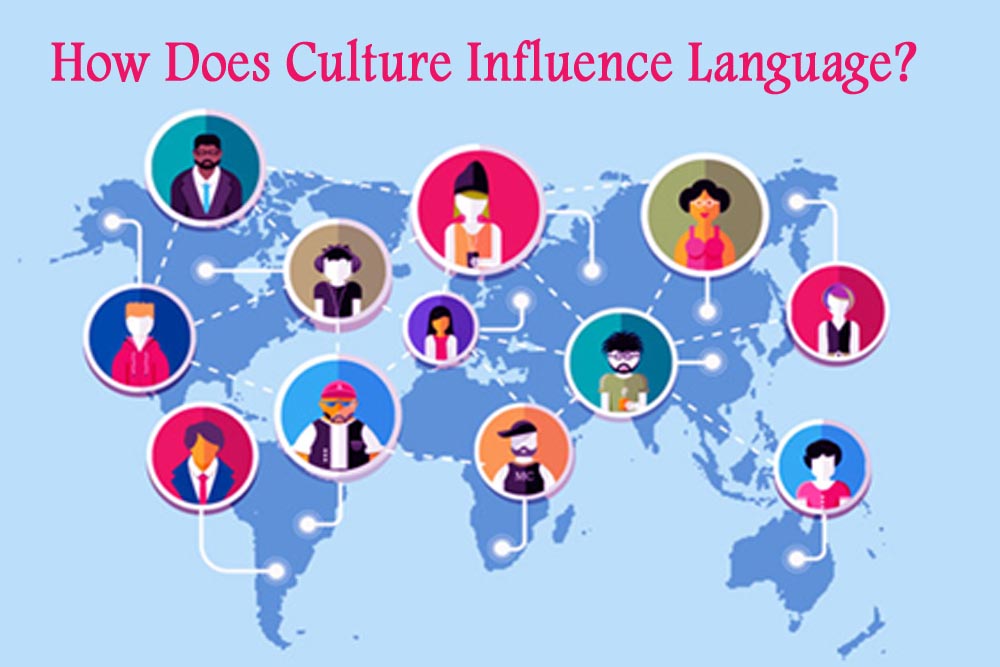 In this article, we describe the relationship between culture & language and how culture impact language generally according to the masters thesis writing service. The next sections describe an overview of culture and language correlation concepts.

Culture is how a given society lives and does things. However, culture is quite broad and can have many varied interpretations because of the ever-changing approaches to cultural practices under different generations. However, we can say without any doubt that the overall concept of culture includes knowledge acquired in one generation, and then the same knowledge is passed to future generations. This knowledge is all about different experiences and behaviors.

Therefore, culture is made up of elements such as art, nationality, behavioral patterns, language, religion, way of dressing, ethnic background, beliefs, and gender & sexuality.

Language is simply a way in which human beings pass information from one person to another. The means of communication can either be in written form or spoken form. In whichever way, both parties must comprehend the language well to be able to understand one another. In a cultural setting, people under sub-groups have a specific language through which they communicate with one another.

What is the relationship between culture and language?

A country is usually divided into societies, where each has grown independently with its language. For instance, people living in a small village may be divided into clusters. These people can have one language from a shared root. However, these people will have varied dialects, and one language may seem different from one cluster to another, even though the people are living in the same village. Therefore, dialects usually develop in small areas.

So, what are the basics of the language as far as the culture is concerned? Simply put, language helps to describe the surrounding environment, culture, and thoughts.

Therefore, culture gives sense to what human beings speak; words would lose their meaning minus culture.

In some instances, a person can have a good understanding of another language. However, such a person can have difficulty communicating with a native person of such a language, and this is basically because of cultural variations.

Therefore, when communicating your context using a second language, implement a localization approach to bring out the exact context of what you describe to blend in with the cultural aspect you are pointing out.

What’re more, different cultural languages carry different meanings. Depending on the culture, one word can imply a positive meaning, while the same word might carry a negative meaning under a different culture. This is how impactful culture has on language.

When teaching within a cultural framework or angle, the following approaches will help understand even a foreign language with ease.

Use of cultural learning materials

Different forms of learning materials can define a given culture with ease, making it even easy to comprehend the language. Such materials include printed materials, menus, newspapers, magazines, TV shows, and films, among many others.

The use of culture capsules

The culture capsule strategy implies using a simple description of the culture with conflicting information from the native language’s cultural practices. As a teacher, you can provide contrasting information, but allowing students to point out such details is way better for a better understanding.

Use of transfer tools such as common proverbs

Proverbs are the best tools to define different cultures. Therefore, pointing out a given proverb to describe a given cultural concept can ease understanding. Such an approach will help point out similarities and differences between cultures.

The wide range of technical aspects makes it easy to distinguish different cultural practices. For instance, using a computer to create virtual spaces allows students from different cultural backgrounds to explore other cultures while learning.

Use role-play as a sociocultural approach

Dramatizing an incident is one of the best approaches to teaching and interpreting cultural differences. Through dramatization, the students will learn to develop second-language communication approaches.

Use students as cultural resources

Language and culture are two elements that go hand in hand. Different cultures have their language and how they interpret other words. Therefore, to learn a new language, start by analyzing the cultural practices to ease the interpretation.