Summary of The Old Man and the Sea 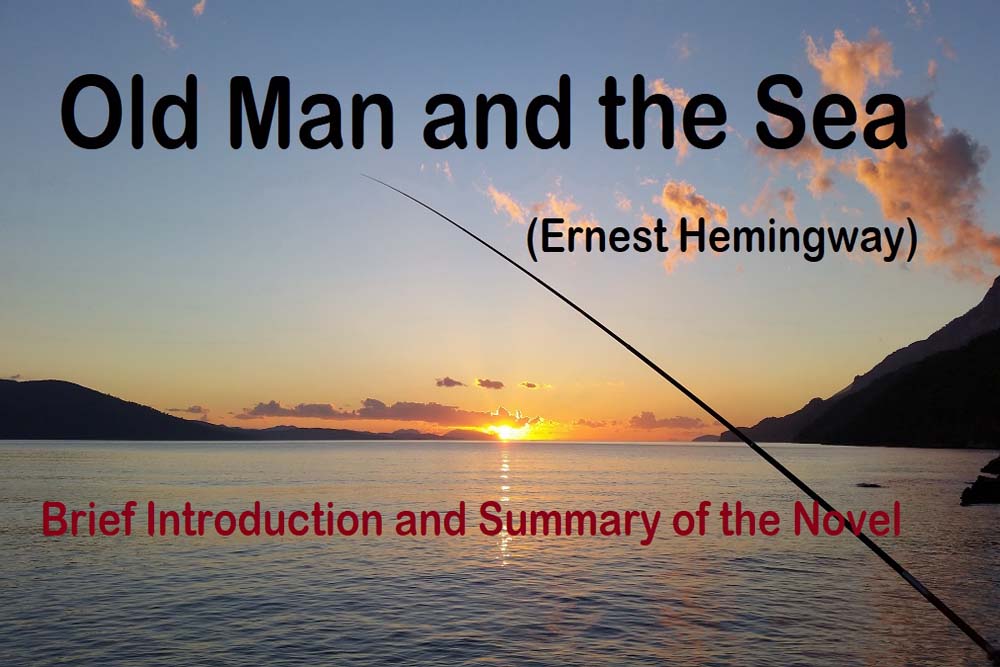 The Old Man and the Sea: An Introduction

Ernest Hemingway, the author of this novel, was an American. He was a sportsman, journalist, and writer of fiction and nonfiction. His iceberg theory, writing in an economical and minimalistic style, influenced the fictional writing of 20th century. He was born in 1899, and was second of the six siblings. Hemingway had adventurous and happening life. He was an ambulance driver in World War I and was present as a journalist in World War II. He married four times and had four children. He shot himself in 1961, ending his life.

Summary of  The Old Man and the Sea

The story of Old Man and the Sea revolves around the central character, Santiago. He has gone straight 84 days, without catching a single fish. Due to this, the people have started seeing him as ‘salao’, the worst of unluckiness. He is considered so unlucky that the young boy, Manolin, who was his apprentice, is stopped by his parents to go for fishing with Santiago anymore. However, Manolin has admiration for Santiago and sees him as a mentor. Therefore, Manolin visits Santiago each night at his shack. They talk about American baseball, Manolin prepares food, and they just enjoy each other’s company. One day, Santiago tells Manolin that the following day; he will go far out into the Gulf Stream to fish. He is confident that the unluckiness, that has attached itself to him, is going to wash away with this venture.

On the start of 85th day of unluckiness, the old man does what he decided to do. He goes far off into the Gulf Stream and very optimistically waits for his big catch. At noon, Santiago sees that a big fish, which he identifies as a marlin, has taken his bait. Filled with joy, he tries to pull the marlin, but instead, the marlin pulls the old man with his boat. He tries to tie the cord with the boat but fails. The marlin keeps on pulling the boat all through the day and night, for two days. In all this, trying to hold on to the fish, the old man gets badly injured and exhausted. Every time the marlin pulls hard, his hands end up getting more wounded. However, just like the marlin, he does not give up.

The old man admires the marlin for it staying true to its nature and struggling for freedom. He feels like the marlin is partner in his pain, suffering, and also in his strength. Finally, on the third day of old man’s struggling to keep the marlin, the fish tires and gives in. It starts to circle around his skiff. Santiago, with all that he has in him, pulls the fish and manages to kill it with a harpoon. He ties the fish to the side of the skiff and finally, after days of unimaginable struggle, aims for home. Santiago is happy and proud of himself that he has managed to catch a fish that would have a great price, and feed a lot of people. However, he is also concerned that his eaters will be unworthy of it because of its greatness.

Just within some time, due to scent of marlin’s blood, sharks gather round. They start to tear flesh away from marlin. Santiago manages to drive away a few but loses his harpoon as a result. Then as more sharks keep coming, he makes another harpoon by putting his knife into an oar. He kills several sharks and scares many away. However, still filled with hunger, the sharks keep coming and stealing the flesh off of the marlin. In the end, they leave nothing but the shell of marlin, which too only consisted of mainly its backbone, head, and tail. Santiago feels defeated at the loss of his precious opponent. He feels like his entire struggle, and labour ended in vain and he lost. He tells the sharks too that they have destroyed him and his dreams. He even blames himself for going too far.

Santiago reaches the shore, crushed with the labour of past three days. With very little that was left in him, he carries his stuff and struggles towards his shack. He leaves the skeleton of the martin, which he had very arduously caught, behind. He thinks that it is of no use to him now. Santiago makes it to his shack and just collapses on his bed. He goes into a deep slumber and becomes oblivious to everything. Now on the shore, where his boat is, fishermen gather round. They see the skeleton of the marlin attached to it and measure it. It turns out to be 18 feet (5.5 m) from nose to tail. The fish appears to be the biggest that the village had ever seen. The fishermen tell Manolin to tell the old man how sorry they are over their rude behaviour.

Manolin gets teary when he sees the old man alive, but injured. The old man tells Manolin that he lost again but Manolin assures him that everything was fine. He brings him coffee and newspapers. They chat and agree on going fishing together again. Some tourists that same day see the marlin’s skeleton and mistake it as a shark. Now in the shack, the old man goes back to his sleep and dreams of lions that he had seen in his youth when he was in Africa. (1)

About Authoress: The article “Introduction and Summary of The Old Man and the Sea” was written by Sayeda Javaria. (javaria.hanan@gmail.com).