Introduction and Historical Background : The Crucible 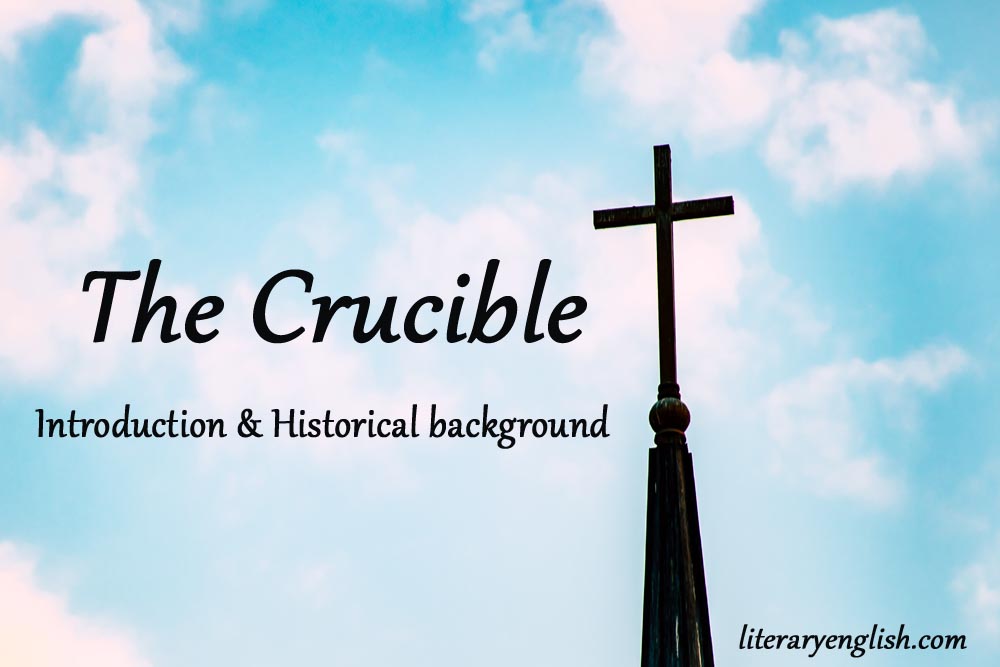 Introduction to Author of The Crucible

Arthur Miller was born on October 17, 1915, in Harlem. He was son of Isidore and Augusta Miller, who were Polish immigrants. He graduated in 1933 from high school in New York. He applied to several universities but could not get admission. Miller had multiple talents and worked a variety of odd jobs. He worked for hosting a radio program then he was accepted by the University of Michigan. He studied journalism at school and worked as editor of the Michigan Daily.

Miller’s writing career expands over sixty years. During this span, he has written twenty-six plays, a collection of short stories, several travel journals, a novel, and an autobiography. The central theme of Miller’s plays generally revolves around social issues, or an individual at the mercy of society.

Miller’s play, The Crucible, 1953, reveals the witchcraft trials held in Salem, focusing on paranoid hysteria as well as the individual’s struggle to remain true to ideals and convictions. Miller also wrote the screenplay of The Crucible for the movie version, which was produced in 1996.

The Ride Down Mountain Morgan, 1991

Introduction and Historical Background to the play The Crucible

Arthur Miller’s was inspired by the McCarthy hearings of the 1950s. His play “The Crucible” highlights inconsistencies of the witch trials held in Salem causing extreme behavior resulted from malicious desires and hidden plan.

Witchcraft Trail in “The Crucible”

The play “The Crucible” is bases on the historical event of the witch trials in Salem. Miller lights on the discovery of some teenage girls dancing in the woods in attempt to conjuring spirits. He highlights the point that rather than having severe punishment, the girls accused other individuals of practicing witchcraft. The situation was very ironical that the girls avoided punishment by accusing other individuals who were not involved in the guilt. The young girls’ falsely accusing resulted in mass paranoia and an environment of terror and fear in which every person was a potential witch. A self-perpetuating cycle of doubts, accusations, imprisons, executions, and convictions emerged. By the end of 1692, the court had charged and hanged nineteen men and women in Salem witch trail.