Phonetics and Branches of Phonetics 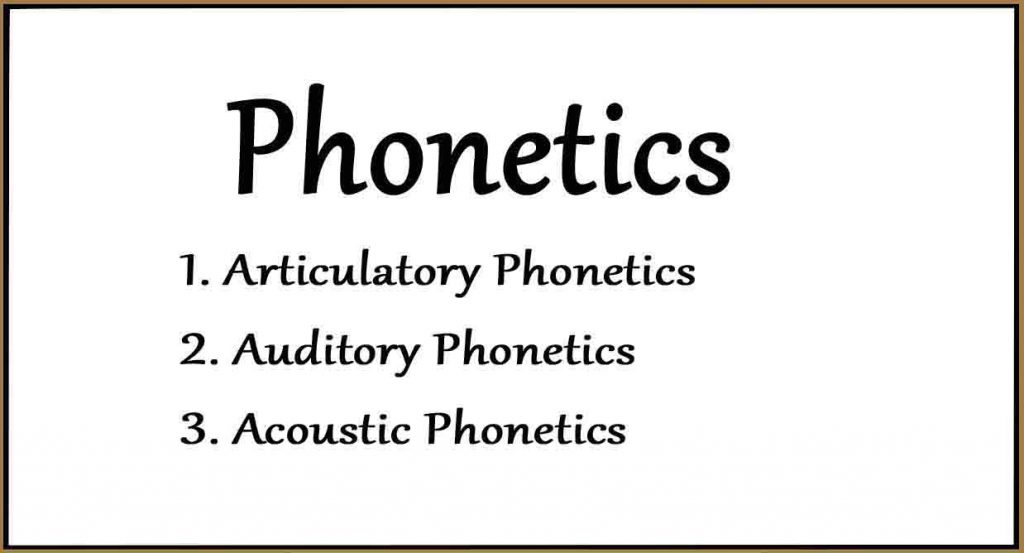 Phonetics is pronounced as /fəˈnɛtɪks/ and it is derived from the Greek word; means sound or voice. It is a branch of linguistics that comprises the study of the sounds of human speech. It covers the domain of speech production, transmission and reception. It is concerned with the physical properties of speech sounds like production of sound, acoustic properties of sound, auditory perception of sound.

Phonetical units are called phones; Phonetic symbols are enclosed in square brackets as [f], [m], etc. A phone is a sound which has some physical feature and the term is mostly used in a nontechnical sense. Phonetics describes the way sounds are spoken and interpreted by the native speaker.

What are speech sounds?

How speech sounds fall into patterns?

Acoustic phonetics covers the field of physical properties of speech sounds i.e., how air vibration caused by vocal tracts pass from speaker to listener? In acoustic phonetics, phoneticians depict and analyze sound waves using computer machines and by different computer programs. Speech sound consists of variations in vibration of air molecules which results from physical disturbances of air pressure caused by air thrust out of the lungs. This air thrust out of the lungs makes the air molecules to compress and oscillate, creating increases and decreases depending on thrust of lungs. The resulting sound wave travels in medium of air and reach from speaker to hearer where these sound waves are interpreted as a meaningful message.

Auditory phonetics covers the field of “the perception of speech sounds by the listener”. In Auditory Phonetics, we study how the sounds are transmitted from the ear to the brain, and how they are processed.

As we speak, the sound spreads as a sound wave, causing the air molecules to crowd together and causing a vibration. These vibrating air molecules cause the eardrum in the middle ear to vibrate and this vibration is then carried on from the eardrum to the three little bones: mallet, incus, and stirrup. From the stirrup, the vibration is carried on to the inner ear where the auditory receptor cells are located. The cells in the inner ear (on the basilar membrane) convert vibrations into neural signals that are transmitted via the auditory nerves to the brain, where a listener identify the incoming sound as actual sound.