Plot Overview of Heart of Darkness by Joseph Conrad 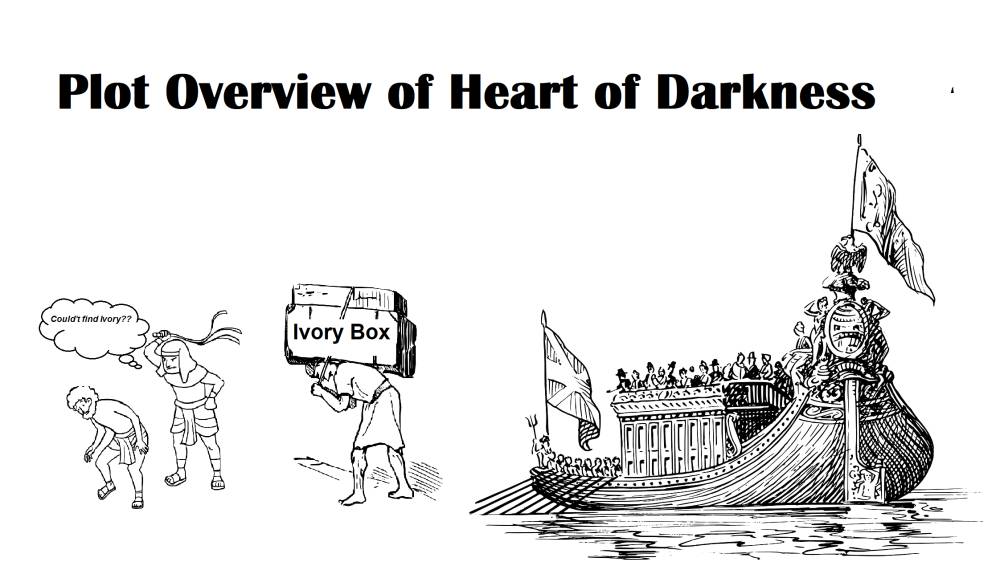 An Introduction to Heart of Darkness

Blackwood’s Magazine published Heart of Darkness as a novella in the nineteenth century. It was finally published in 1942 in the booking form as the third work in a compilation by Conrad. Since its publication in Youth, the novel has piqued the interest of a wide range of readers and reviewers, as they find it unique when Conrad describes the horror of Marlow that he witnesses during his journey in the past. As a result, the heart of Darkness has been hailed by critics as a masterpiece that defied numerous narrative rules and propelled the English novel into the twenty-first century.

Heart of Darkness is one of the intense stories that expose the horrifying depths of human corruption and social-psychological dysfunction in Africa’s continent. This novel stretched a little over the facts of the situation between Victorian values and modern principles. Yet, like the Victorian novelists before it, this work relies on tradition as heroism which is still under threat in changing society. Heart of Darkness, like most of the best early twentieth-century modernist writing, is a much about the exile, bewilderment, and profound doubt as it is about imperialism. Numerous biographical facts cover the novel. Conrad, for example, always wished for “flowing down the sea,” the wife of a long-distance helped him find a job with a trading firm, the captain who preceded him was slain by the natives after a fight.

The way the novel explains the deep Marlow’s eventual realization of what is taking place in this distant part of the earth is what makes Heart of Darkness more than an exciting travelogue and the horrifying depiction of tragedies. Marlow and Kurtz, two main characters in the novel, are at the center of the plot. Kurtz represents avarice and a commercial mindset, a desire for power, a repentant sinner, and the impact of barbarism on civilized people. Marlow, likewise, represents an adventurous spirit and a thirst for knowledge.

Marlow craved adventure, like many Europeans, including his maker and devoted stories such as Stanley’s. But once it comes to Congo, when it sees the horrendous ‘job’ (as it jokingly describes it) under his cushy civilization, it can’t be hidden anymore. Instead, all the atrocities of European traders and agents, as Kurtz did, led him to examine his psyche and find out what is black.

Heart of Darkness: An Imperialistic Overview:

Imperialism is a practice of extending power and dominion over distant territories, especially by direct acquisition or by gaining political and economic control of that territory. Generally, there are two sorts of imperialism: colonialism and land conquest. Marlow states they are distinct. Because of their efficiency and their selfless thinking, colonization is justifiable. Although, none of them are pardoned for the repercussions, because they are ultimately the same conclusion. The conqueror and the colonists destroy the country, the indigenous people, and their people.

Marlow witnesses imperialism’s fatal and dreadful effects, including the enslavement and excessive human avarice taking over part in Africa, and Marlow’s eyes are shown by such a novel. In some measure and indirectly, the newspaper accuses Marlow of advocating colonization when he sees the wild events alone. The book stands firmly against every sort of imperialism. Even the name, Heart of Darkness, points to a moral deterioration in the conscience of colonists into the dark when a story depicts the awful and filthy crimes of men, especially the colonist Kurtz, because of mental corruption and a lack of compassion.

“In the brilliant sunshine of this country, I would get to know the flabby, weakened demon of ravenous, pitying foolishness,” Marlow tells his audience on the Nellie. In this sense, the “devil” is the covetousness that prompted Leopold to continue ravaging the Congo and its people for more than 20 years.

Heart of Darkness begins with a group of people on the river Thames. The unnamed narrator, the company director, the accountant, anchor, and Marlow were on the Nellie ship. The accountant brought the box of dominoes, but due to strange feelings, they did not play; instead preferred to sit in silence. When the silence started to irritate them, Marlow began his story about the time he traveled up the Congo River aboard a riverboat. Marlow wants to travel Africa as a young man and sail a steamboat in the Congo. Following the company’s learning, a vast ivory trading company from Congo, Marlow, applies and receives a post. Then, on a French ship, he escaped Europe.

Marlow experiences brutality, corruption, and witnessed violence at the company’s external station in Congo. Marlow talks to an accountant who is fascinated by his clean clothes and his uplifting feeling. First, he learns from Kurtz’s accountant—a “notable” inside agent. Next, Marlow goes from the Outer Station on a 200-mile journey across Africa to the company’s Central Station, where he realizes he was smashed in the bottom of the river by the steamboat he was supposed to steer up the Congo. Frustrated, Marlow knows he has to wait until his boat is repaired at the central station.

Then Marlow meets the Manager of the company, who tells him more about Kurtz. According to the Manager, Kurtz is allegedly ailing, and Kurtz’s health is a significant issue as many of them told him he turned mad. However, Marlow subsequently assumes his steamboat was wrapped up to restrict supplies from going to Kurtz. Next, Marlow encounters the Brick-maker, a man whose position appears unneeded, as he has not had all the brick-making ingredients. With time, Marlow explores that his journey leads towards the geographical heart of Darkness and includes the psychological perspectives. Three weeks later, a party of traders, led by the Manager, came to The Eldorado Exploration Expedition.

One night while Marlow lies on his recovered steamer deck, he overhears the Manager and discusses Kurtz with his uncle. Kurtz has gained command of a tribe of indigenous people engaged in raids in the neighboring areas. The man is unwell, both physically and mentally. Marlow must frighten him with them, so Kurtz wants to execute “huge schemes.” When the steamer turns the way it came, Marlow’s crew fires the indigenous group that used to be controlled by Kurtz.

When Marlow shrank to Kurtz, a swarm of arrows hit Marlow’s steamboat. At the same time, Marlow struggles to manage the boat, the White fires in the bush. Finally, an original helmet is murdered and flung overboard by a big spear. Assuming that the same indigenous people that attacked them had already attacked the Interior Station, Marlow is disappointed never to get the opportunity to talk with Kurtz. On the way up the river, Kurtz died, but not before confessing to Marlow that he had been exposed to the awful sight of human malaise. “The terrible! Before dying, he says the horror!” Marlow almost dies but returns to the grave town to recover. He disdained the tiny afflictions of Western culture which all around him seemed to occupy. As he gets healthy, he pays a visit to some of Kurtz’s former life characters.

The ultimate task of Marlow is to visit Kurtz’s intention and to give the letters (and the portrait) of Kurtz to her. She’s clothed in weeping and still quite distraught about Kurtz’s death when he meets her in her residence. Although he was with Kurtz when he died, Marlow, let’s slip, asked him to repeat Kurtz’s final words. Marlow lies to her and says, “Your name was the last word that he spoke.” The intended states that she “knew” that Kurtz said something like that, and Marlow leaves with contempt at his lies but cannot prevent him.

The unnamed narrator on the Nellie resumes his story. The Company Director makes an unsafe comment on the tide, and he stares at the cloudy sky and Tames, which he seems to lead ‘ “In the center of a huge nothingness.”