Short Introduction to Characters in Othello 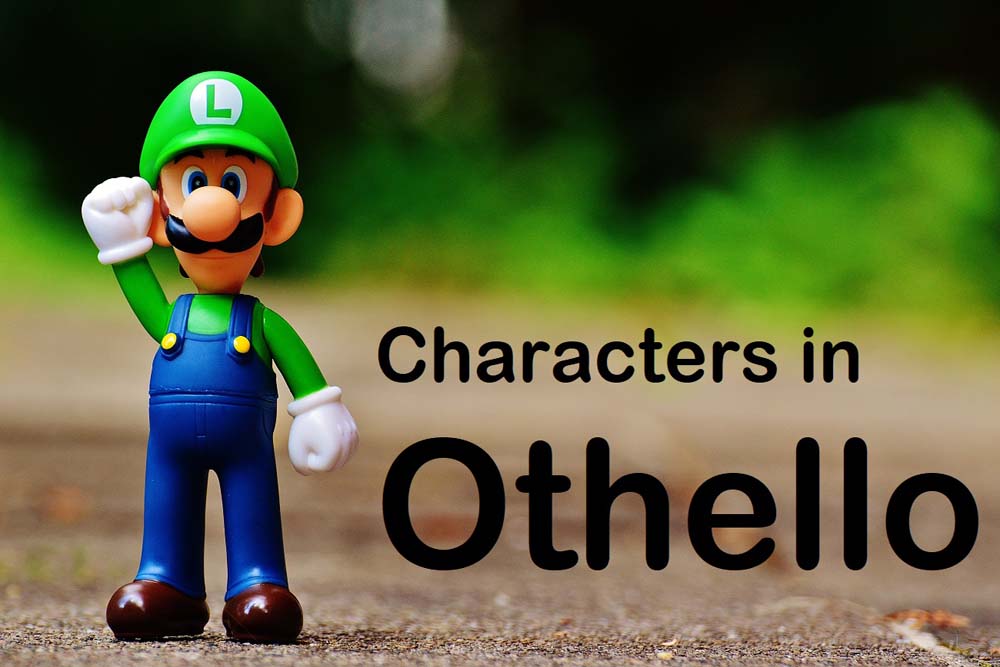 Short Introduction of Characters in Othello

The play, Othello, has limited range of characters. Othello is the protagonist of the play, Iago is the villain, and Desdemona is the heroin in the play. All of them are described in detail below.

Othello is a protagonist of the play. He is a Moor (an African), a general in the Venetian defense force. He is a man of courage and honor and has a good reputation in state of Venice.  He loves a Venetian girl, Desdemona, and marries her. Soon after marriage, he took his wife to campaign against the Turks. Iago, one of his soldiers, hates him, and make him suspicious about his wife that she is in relation with Cassio and inflames his jealousy. Othello, demands proofs. Iago, by making him fool, provides fake proof and makes him more jealous. Othello decides to kill both. Othello ask Iago to kill Cassio and he himself strangles Desdemona. After knowing truth, Othello stabs himself and dies.

Iago is villain and an ancient (captain) in the Venetian defense forces. He hates Othello for promoting Cassio instead of him. He exploits Roderigo, lover of Desdemona, to accomplish his motives. He is expert in making intrigues, and makes Othello suspicious about his wife and manipulates to remove Cassio from his position. He kills his wife at the end when she reveals truth about his intrigues.  Iago, finally charged with his wickedness, he refuses to speak or to repent his actions, and he goes to his punishment still surrounded by mystery.

Desdemona is a noble Venetian lady, daughter of a Senator, Brabantio. She Loves Othello for his courage and adventurous tales. She marries Othello and accompanies him to campaign against Turks in Cyprus. She is innocent, loving, and caring wife. Iago spoils her life by making her husband against her. She beg from her husband not no kill or to banish her or give her some time to prove herself but cruel Othello strangles her with a pillow on her bed. Desdemona says to Emilia that he is innocent and denies telling that anyone has killed her, and dies. She dies declaring her love for his husband.

Brabantio is a Venetian Senator and Desdemona’s father. He is angry at his daughter for celebrating marriage with a Moor, Othello, without his permission. He catches Othello, and charges him for seducing his daughter by using witchcraft. Duke of Venice listen whole matters and accept marriage and permits Desdemona to go with Othello. Brabantio warn Othello that Desdemona has deceived his father and she may deceive you.

Roderigo is a Venetian nobleman and he is in love with Desdemona. He wants to marry Desdemona and pays Iago to court Desdemona on his behalf. Iago uses him to fulfill his own motives and uses him as a source of money. After marriage of Desdemona, he is disappointed but Iago insist him to follow them and keep trying to get Desdemona. Iago uses Roderigo in an attack on Cassio but Roderigo fails to kill him and Iago kill Roderigo to ensure his silence.

Cassio is a lieutenant in the Venetian defense forces. Cassio accompanied Othello as a best friend when he was courting Desdemona. He is honest, speaks well, and he is lively and trusting. Iago convinces Othello that Cassio is in adulterous relation with Desdemona. Othello ask Iago to kill him but he survives in attack. He is appointed governor of Cyprus after death of Othello.

Bianca is a courtesan (prostitute), in love with Cassio. She is expert in needlework and Cassio asks him to make a copy of a handkerchief that Othello gave it to Desdemona as a gift. Desdemona dropped it and Emilia found it, and brought it to home. Iago snatches it and place it on the way of Cassio to manipulate it as a proof for Othello that Desdemona is in love with Cassio. Bianca throws it back at Cassio, believing it is the token of his new love.

Emilia is Iago’s wife and maid of Desdemona. She knows about her husband, Iago, better, and she is suspicious of his bad actions and motives. She is loyal to her mistress and when Othello inquires her about Desdemona, she justifies her chastity and says she carries true love for her husband. She witnesses death of Desdemona and reveals it to all. She receives death by her own husband, when she reveals Iago’s plan to all.

The Duke of Venice

The Duke of Venice is the leader of the governing body of the city state of Venice. He appoints Othello to command the forces defending Venice against the Turkish attack on Cyprus. He also listen Brabantio’s charge on Othello for seducing his daughter but after listening whole matter, he urges Brabantio to accept his daughter’s marriage and permits her to go with Othello.

He is brother of Brabantio. He and Lodovico ﬁnd Cassio wounded after Roderigo stabs him to kill. After suicide of Othello, Lodovico makes him next of kin of Othello’s house and property.

He is cousin of Desdemona. After the death of Desdemona and Emilia, Lodovico questions Othello and Cassio together, thus revealing the truth. Lodovico handles the situation after death of Othello; he makes Gratiano next of kin of Othello’s house and property. He appoints Cassio as commander and gives him power to sentence Iago. Lodovico returns to Venice with the sad news.