Summary and Analysis of Ode to Psyche by John Keats 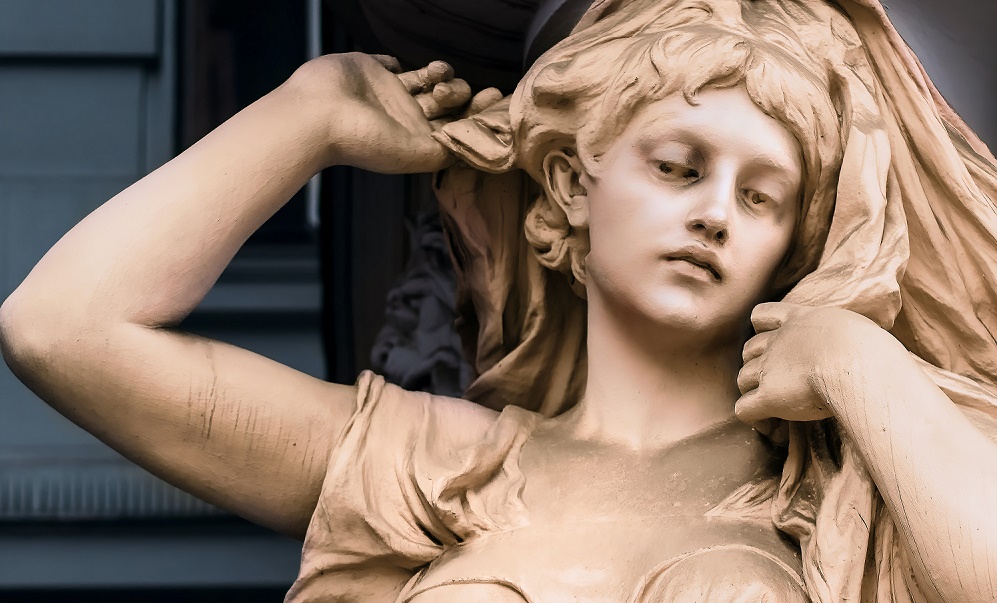 Introduction to the Poem:

Ode to Psyche was written by John Keats, an English romantic poet of the Victorian era. Keats wrote this poem when he was diagnosed with tuberculosis at the age of 23. Tuberculosis was an incurable disease at that time, so he was aware that death is near. He conveys his idea of unattainable love, which is not possible in this world but might be possible in the imagination.

Title of the Poem: What Does Ode to Psyche Mean?

Ode to Psyche is a lyrical poem written by Keats using Greek references. Psyche is the name of a girl who was present in the era of Venus, a Greek goddess. Thus, the poem’s title is Psyche, considered the most beautiful lady of the goddess of mind and soul. Speaker found Psyche resting in the arms of Eros, who was the god of love, while wandering in that area.

This story is about the love of Psyche and Cupid (son of Venus, Greek goddess). Psyche was a beautiful lady with undeniable qualities of soul and mind. Venus got jealous of her beauty, so she wanted her son to make love with Psyche by pointing one of the arrows of love with his. Coincidently, the arrow of love hits Cupid instead of Psyche, and he falls in love with her. Psyche became the goddess and became immortal when she broke her promise made with Cupid.

Form and Structure of Ode to Psyche:

This poem has no proper form, and Ode to Psyche is considered the loosest form of literary work. There is no metrical scheme, an exact number of lines in each stanza, and rhyme scheme. The length of each stanza dramatically varies from the other, the first stanza contains 23 lines, and the second one is shorter with simple meanings and pentameters.

Summary of Ode to Psyche:

Keats’s imaginations are always inspired because of their intensity, so it is the same with Ode to psyche. In this poem, he imagined an undeniable love between Cupid and Psyche. Speaker wrote an inspirational song for which he asked forgiveness firstly because he sang some of the secrets of Psyche. He found Psyche lying in the arms of Cupid and addresses her to listen to his feelings which he is going to sing.Speaker describes their position in lying that they were so close, but their lips were not touching each other. He praises the beauty of Psyche, who was so attractive, even Venus got jealous of her. Psyche was the only goddess who did not have any temple or priest who can serve him. Speaker offers himself to sing a song for her and become her priest, her lute, her oracle, and even her shrine.

Furthermore, he will build a temple in his mind for Psyche if she allows him. The temple with flowers, birds, streams, bells, stars and is full of nature. He will leave a window open in the temple as he did not want to hinder Psyche and Cupid’s meeting.

Themes in Ode to Psyche:

This poem is romantic in nature and has various themes like sexuality and spirituality in love, sufferings of human beings, and myth.

Sexuality and spirituality in love:

Real love does include not only physical desires but also spiritual needs. When lovers focus on physical beauty instead of a beautiful soul, true love dies in this contest. So Keats describes in the poem by giving the reference of Psyche when she fulfills her forbidden desire to see the face of Cupid. They lost their true love when Psyche gives preference to physical desire. Sexuality is just of this world; only spirituality of love is left when the soul leaves the body.

Myth in Ode to Psyche:

The poem is all about the imaginations of Keats. However, the story of Psyche and Cupid was fundamental in Greek history. The fantasies of Keats always fascinate everyone. He describes his feelings in the form of a song in which he reveals some secrets of Psyche.

The first line of the poem “O Goddess, hear these tuneless numbers, wrung” uses the literary device of Apostrophe. In this line, the Speaker directly addresses Psyche, the goddess who was not present at that time. “O latest born and loveliest vision far of all Olympus’ faded hierarchy!” in this line speaker is again directly addressing her by using words O latest born and O brightest!

Imagery in the Poem:

Ode to Psyche is enriched with imagery as Keats offers Psyche to build a temple. The imagery words used in this poem are streams, zephyrs, birds, bees, buds, bells, stars, etc. Of course, in imagination, you can imagine these images, but these were just the Speaker’s thoughts while singing a song for Psyche.

Symbolism in Ode to Psyche:

Keats uses symbolism for the idea of true love, which involves both temporal and eternal values. For example, the line “upon the midnight hours; No voice, no lute, no pipe, no incense sweet” symbolizes the loneliness of Psyche at midnight.

Iram Tariq is a passionate writer and has been writing since 2018 on various niches. She wrote the article ‘Summary and Analysis of Ode to Psyche by John Keats’. Her main interest for writing is literature, moreover she also writes business articles. She also provides literary analysis on various literary pieces for helping students.