Why letter 'd' makes /j/ sound in words like EDUCATION or GRADUATE? 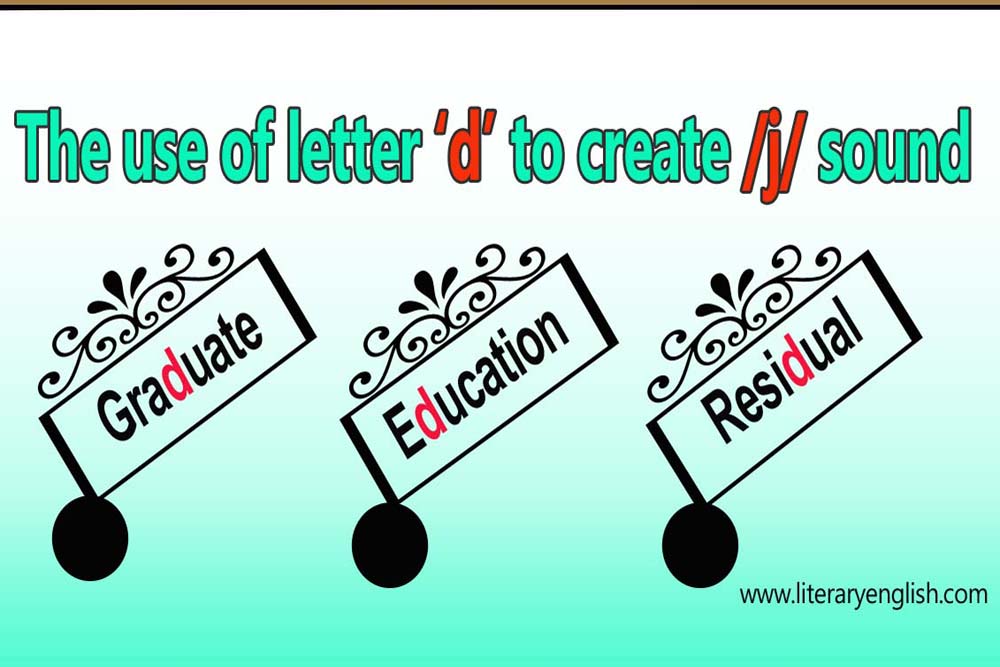 Why “d” makes the /j/ sound in words like EDUCATION or GRADUATE?

The change in words pronunciation is common process in development of language over time. When two consonant sounds are adjacent, the first is transformed to other sound. Native speakers can pronounce a word easily, but same word comes to non-natives, they become confused and pronounce it wrong some time.

The letter “d” makes the /j/ sound usually when it is followed by letter “u”. It happens generally when letter “u” connects the root or base word ending with a “d” to a suffix. Such words are commonly derived from Latin origin. Below are the few examples:

There are many other words that have /j/ sound like words education. Try to say ‘Ed-you-cay-shun’. It is very difficult to pronounce d and u distinctly in a word. That is why that these two consonants d and y just slip together and produce /j/ sound.

Download pdf Book PARTS OF SPEECH
Back to Home Page