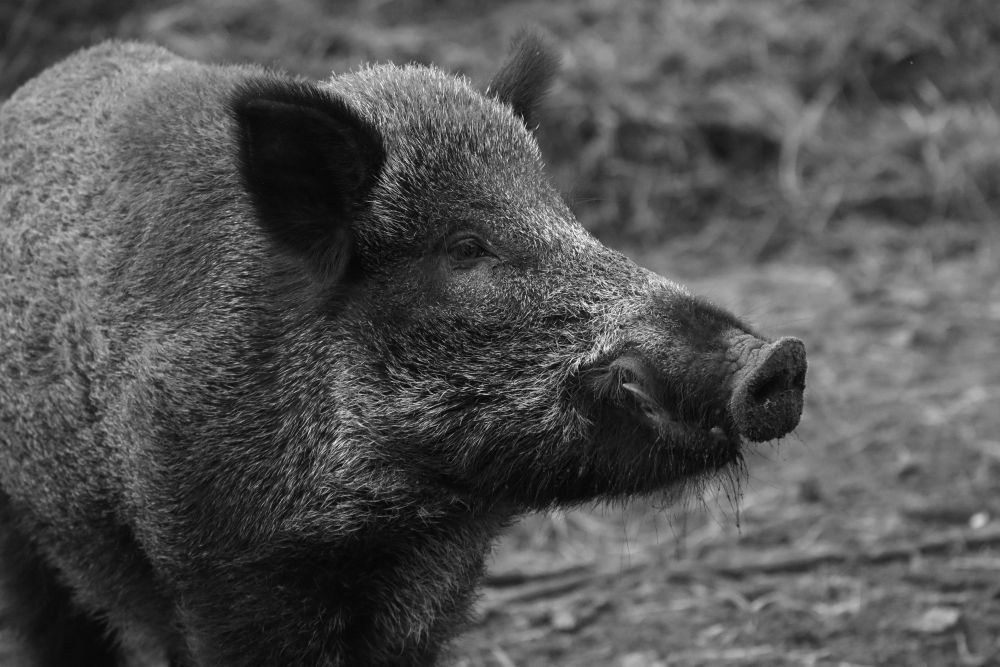 Old Major is the oldest pig on the farm. He is a prudent and influential pig of 12 years who inspires other animals of the farm for the rebellion. He is good at rhetorical skills to persuade other animals to make them ready for the future revolution. When he reveals his dream and revolutionary ideas for the freedom of all animals with his companions, all animal of the farm comply except a foolish donkey (Benjamin).

Old Major’s speech and complaints against Mr. Jones symbolically highlight the faults of Tsarist rule in the Russian Empire and the working classes’ wish for more control. Old Major sows the seeds of rebellion successfully in the minds of animals, finally directing them towards the process of upcoming revolt.

Old Major as a Symbolic Figure

In the Animal Farm’s allegory of the Russian Revolution, Old Major likely represents Karl Marx and his economic and political manifesto, such as the equal sharing of labor and resources.

Old Major also represents Vladimir Lenin, a Russian revolutionary leader who led the start of the Russian revolution and had dreamt of an ideal society for their
people.  Old Major has the same role in the revolution by animals as Lenin he began a visionary approach for the freedom of the working class of the Soviet Union. Same like Lenin, Old major proposed an ideal society where “This single farm of ours would support a dozen horses, twenty cows, hundreds of sheep−and all of them living in a comfort and a dignity that are now almost beyond our imagining.”

He announced only one possible way to freedom: “Remove Man from the scene, and the root cause of hunger and overwork is abolished forever.”

Like Old Major, Lenin incited rebellion but died at the beginning of the revolution and was unable to witness the process of recreating society under Communist ideals. Before his death, Lenin expressed concern over the two very different men who would assume power: Leon Trotsky and Joseph Stalin.

In Animal Farm, Leon Trotsky and Joseph Stalin are represented by Snowball and Napoleon, respectively.  As well he died.

His rhetorical speech about the tyranny of humans is perfectly logical; describing methodical enumeration of man’s wrongs against the animals. Old Major incites all animals of the farm to make a plane for the rebellion by highlighting all of the crimes by men. During his speech, Old Major uses various linguistic techniques such to persuade and inspire the animals of the farm. Below statements shows that how he is good at persuading other animal by call them comrades repeatedly in his speech.

“Why then do we continue in this miserable condition? Because nearly the whole of the produce of our labour is stolen from us by human beings. There, comrades, is the answer to all our problems.”

Old Major becomes successful and persuades all the animals that man is wrong and all the animal of the farm are miserable. As he says: “All men are enemies. All animals are comrades.”

He provides them a song “Beasts of England” that is another demonstration of his rhetorical skill. He sings the song and all animals follow him accordingly and sing it five times in succession.

Even Old Major, who is leader of all animals, is not perfect. He has some flaws in his visionary plan. The flaw in old Major’s visionary plans is that he blames men totally for all the animals’ ills. What he thinks that once they remove man from the scene, the root cause of hunger and overwork will be over forever. According to the beliefs of Old Major, tyrant man is capable only of doing harm and poor animals do all the goods. His unidirectional approach ignores the desire for power inherent in all living beings can only result in its being disproved.

Old Major serves as a strong ignition for the rebellion, but has no role in the final revolution. Animals of the farm become successful in revolution after his death but this revolution led to a power struggle between Napoleon and Snowball.

Although he had a dream for the ideal society of the animals but his dream was spoiled by the thrust of power between Napoleon and Snowball. Finally, Napoleon becomes successful for holding the power of the farm by exiling Snowball.

After getting in power, Napoleon forgets old Major’s caution: “Remember also that in fighting against Man, we must not come to resemble him.” This caution is ignored by Napoleon and his other fellows, who completely resemble their human masters for the thrust of power that cause fall of revolution.