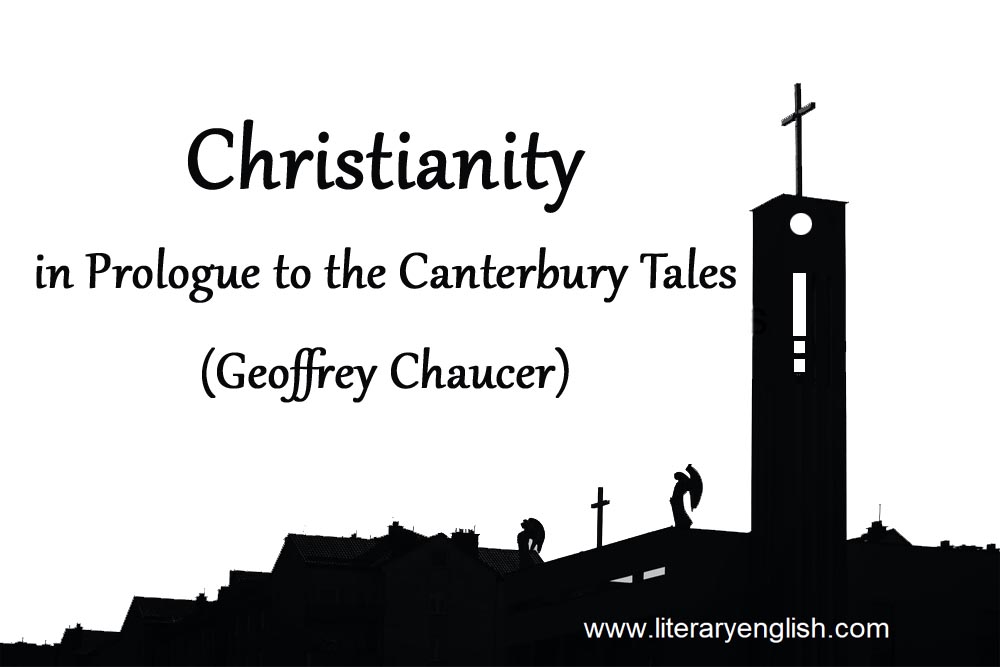 In the Canterbury Tales, Chaucer has pointed out the corruption, laxity of discipline, and love of luxurious life, which had crept into the ranks of the elegy. Except for the village Parson, having fallen from the high order, Chaucer satirizes all other pilgrims who are connected with the Church. There is, in fact, a discrepancy between the duties and actions of these ecclesiastics. The picture that he presents of the clergy of his day is not a flattering one. The monks had forgotten their original rule of poverty and labor: Chaucer’s monk is a fat, well-fed individual, who is more interested in hunting than in his religious duties. The Friar is a prosperous and clever beggar who, by means of his fine speeches, can hoodwink the innocent people and thus ensures for himself a merry life. The Prioress, though a tender and kind-hearted lady, cares more for her manners of dating etc., than for her religious ceremonies. Her chaplain believes in living a lusty life and tells broad stories with zest. The Pardoner is a great exploiter who turns the superstitions of the ignorant people to his advantage. The Somnour misuses powers conferred on him, and fools innocent village folk. The Canon’s main job is to extort money from the credulous pilgrims in order to use it for his foolish research in alchemy.

However, this criticism of the regular clergy does not seem to be the result of any deep-seated and deliberate hatred for them on the part of Chaucer. For a long time, writers of all shades, clerical or secular, pious or profane, had lashed at the laxity of discipline and the shortcomings of these people with abuse. Moreover, the people of Chaucer’s times had come to scoff and censure the clergy, for whom they had ceased to have much reverence. So in his criticism of the clergy, Chaucer was simply drawing a picture of his times, and like a free-spoken critic of life, he was exposing the actual state of affairs without any personal prejudices, because whereas he has assailed the false, he has likewise praised the true. He in fact, has, painted both sides of the picture. The portrait that he has drawn of the Poor Parson of the town possessing true Christian qualities, shows that Chaucer had not completely lost faith in the clergy.

Chaucer’s general attitude towards religion may be gathered with reasonable accuracy from his writings and from what we know of his career. He must have been a good church man, otherwise, he could not have maintained his position at court and in governmental affairs. He could not hold his appointments antagonizing the ruling powers. Of course, there were certain movements going on against the established Church, but to meddle with them was a risky business. Chaucer had the gift of a clear vision. He had acquired a wide experience of life. Chaucer could have been blind to the scandals in the church at the time when he wrote “The Canterbury Tales”. There were scandals regarding the corruption of the minor clergy and of ecclesiastical parasites, the indecent scramble in higher places for money, preferment, and power. The effect of all this upon the English people had been marked and bitter. It is a mistake to think of Chaucer as a Wicklifite or a Lolard, or as anticipating the ideas of the Reformation. In the Tales, he strikes at the corruption of typical individuals, never at doctrines. He does not show any moral indignation, nor does he question the fundamentals of dogma, while presenting the obvious abuses in his ironical portraits.