Definition and Types of Noun 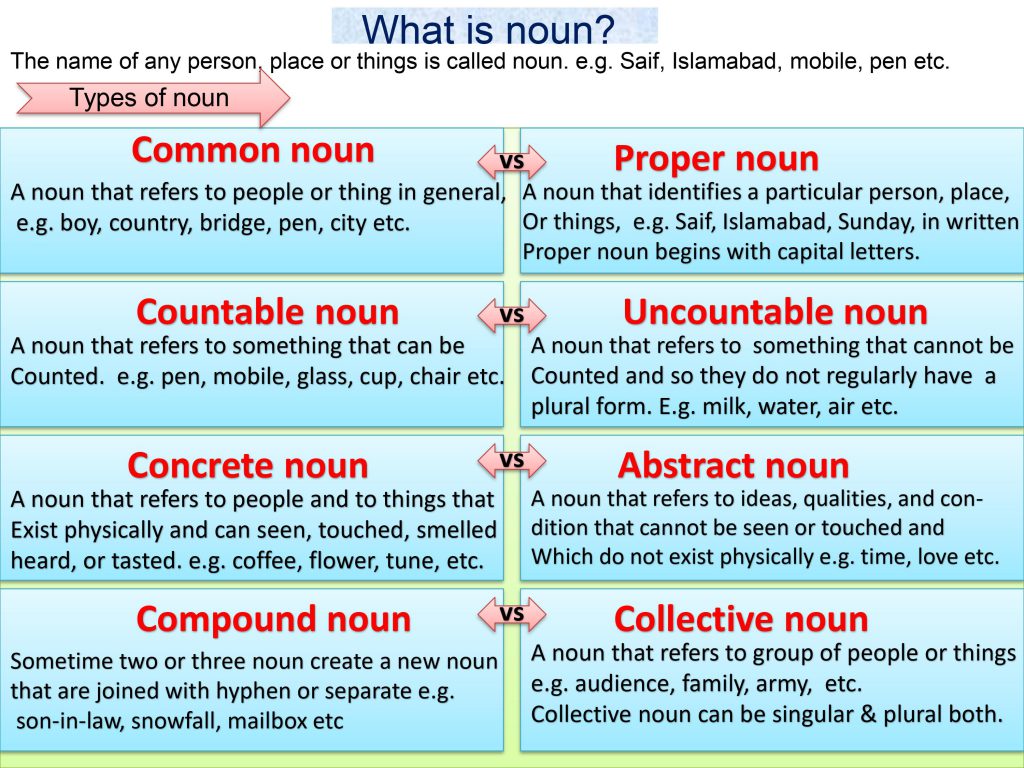 A noun is a word used for a place, person, or thing. Everything, which has a name and we talk about it, is a noun. We donate everything by a name and that naming word is “noun”.

Some Examples of Noun

We represent everything by a word that is called a noun. Some of the examples of noun are written below

Definition of Noun in Major Dictionaries

Below are the definitions of noun from some of the major dictionaries.

Merriam Webster Dictionary defines noun as: “a word or a phrase that is the name of something (as a person, place, or thing) and that is used in a sentence especially as subject or object of a verb or as a subject of a preposition.“

Oxford Learner’s Dictionary defines noun as: “a word that refers to a person, (such as Ann or doctor), a place (such as Paris or city), or a thing, a quality or an activity (such as plan, joy or tennis).“

There are many types of noun depending upon some aspects. One noun may fall in multiple categories. A common noun may be a countable noun and at a same time that noun may b a concrete e.g., pencil is a common noun; it is countable, concrete and as well, it is a singular noun.  Some main categories and types of noun are below.

A proper noun is the given name of a person,  or a specific place or thing, i.e. its own name (e.g., Imran, Karachi, Rover). A proper noun always starts with a capital letter. All days and months are proper noun and start with capital letters (e.g., Sunday, March, December). Name of all Person, name of countries, name of oceans are counted in category of proper nouns (e.g., Mashal, Pakistan, Atlantic).

Example: I met to my best friend, Mashal, on Sunday. (In this sentence, Mashal and Sunday are proper nouns)

A common noun is a type of noun that we use for a class of person, place, or thing (e.g., person, city, and dog). We do not capitalize common noun unless used in start of a sentence. There are some exception like in poetry where every word of new line is capitalized. Some thing that is personified in poetry is also capitalized e.g., “So Nature incites them in their hearts” ( Prologue- Geoffrey Chaucer) here word poetry is personified, therefore it is capitalized.

Example: A person was walking on the road with his black dog. (In this sentence, person, road, and dog are common nouns) 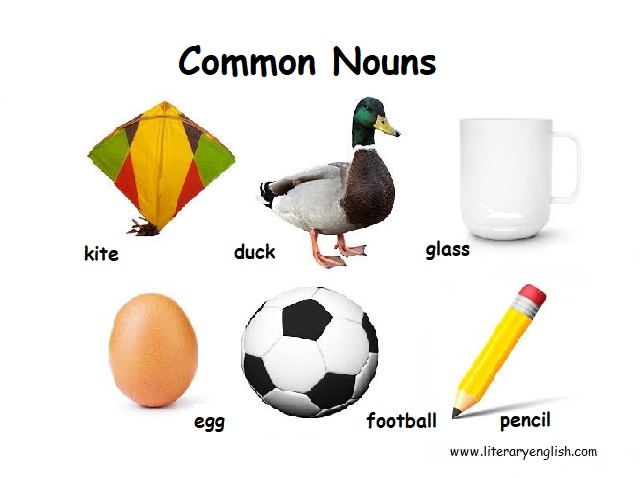 Concrete nouns are the things which we can see or touch physically. These noun contrast with abstract category of noun.  For example: tree, hammer, pen. We can see them feel them or touch them. Some time we name it material noun.

Example: A hammer is a tool to hit on something.

Example: Aristotle was a brave man who stood with the truth.

Collective nouns are words that denote groups collection or multitude of something. We use these nouns as a singular noun e.g., team, army, concert.

Example: Every one was supporting his own team during football match.

Example: Please take my raincoat, outside is raining. 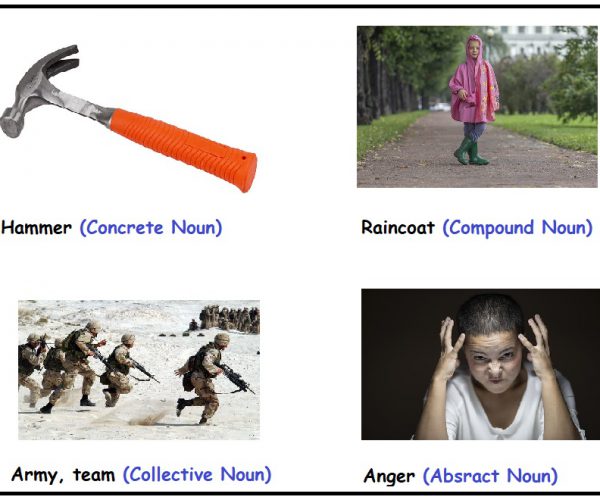 A countable noun is a noun that can be counted in numbers like one pen, two cars with both a singular and a plural form (e.g., dog/dogs, pie/pies).

Example: I have two black pen.

An uncountable noun is a noun without a plural form For example: oxygen, patience. such noun do not include counting. All abstract noun falls under the uncountable category of nouns.

Like other types of noun, Gerunds are also nouns that end -ing and have verb like qualities.  But these are used differently in a sentence unlike verbs.  Gerund noun are modified with adverbs.  How to differentiate gerund noun and verb? look at two examples:

(b) Ali is fond of singing.

We derive Verbal nouns from verbs and do not have verb-like properties (e.g., building, drawing, attack). Verbal nouns are modified by determiners and adjectives.

Example: The color of our residential building is red.

Examples in a sentence:

They are building a plaza. (verb)

Building a multi-story plaza can be time taking. (gerund )

Note: Read an article on difference between gerund, verbal noun and present participle

Generally, we place gender-specific nouns under category of a separate type of nouns that we use to define a male or female. Examples of gender specific noun are : king, vixen, actress etc.

A blonde is a woman. A blond is a man. Both words are also gender specific noun that are defining the gender.

About Authoress: The article “Definition and Types of Noun” was written by Sayeda Javaria. You can reach her at javaria.hanan@gmail.com or view her profile at Sayeda Javaria Hanan .