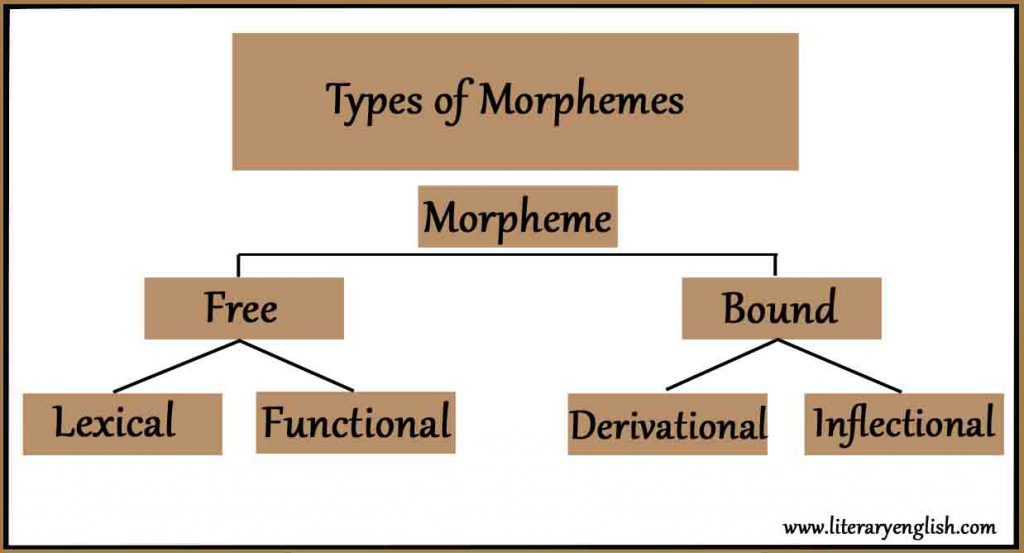 What is a Morpheme?

A morpheme is the minimal grammatical unit within a language. Every word comprises one or more morphemes. A standalone morpheme and a word are identical but when a root word becomes modify with addition of affixes, it becomes word only.

Look at the examples:

The root is listen is stand alone morpheme and a word at a same time.  When root word was modifies with affixes like -s, -er, -ed and –ing it became a word consisting of two morpheme in each word.

There are two main types of morphemes

The morpheme that can stand alone as a single word (as a meaningful unit) is called free morpheme. The free morphemes are roots that are identical to words. Free morpheme are set of separate English word forms such as basic nouns, verbs, adjectives, etc. When a free morpheme is used with bound morphemes, the basic word forms are technically known as stems or roots.

Free morpheme can stand alone and cannot be subdivided further. ‘Sun’ or ‘dog’ are ‘free morphemes because they cannot be further split up, therefore the stems that cannot divide further are also called roots.

Lexical morphemes are set of content words like nouns, verbs, adjectives, and adverbs. They can be understood fully e.g. run, blue, slow, paper, small, throw, and now. Lexical morphemes depict dictionary meaning of a word that is attributed to a specific referent.

Segments that cannot stand alone and occurs with another root/stem are called Bound Morphemes. Bound morphemes are also called afﬁxes (preﬁxes, sufﬁxes and infixes) in English. Two bound morpheme cannot occur together but it is necessary for a bound morpheme to occur with a root/stem.