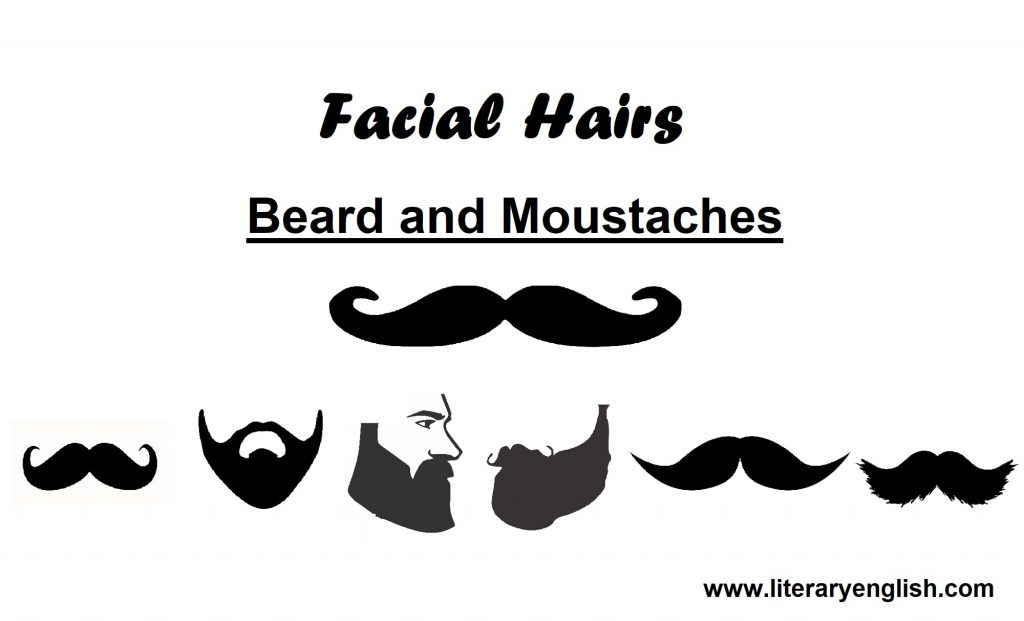 Describing Beard and its Different Style

Beard is the long hairs that grow on chin and cheeks of men.

It is the most common and popular beard style. Full beard is growing of all the facial hair equally including sideburns, front hair, cheeks, lips and chin (excluding your eyebrows and lashes).

Goatee is a style of beard in which men grow beard only below the chin. Sometime moustaches are grown to accompany the goatee.

It is also known as a permanent beard or a Terminal beard. This type of beard is normally left untouched and fully-grown until it stops to grow further naturally.

The terms lamb chops or mutton chops are used for the hairs that get wider from the ear to the chin (sideburns that are grown out very big).

This is a slang word user to describe beard or facial hair.

Sideburns are the hairs that grow in front of ears. These hairs connect beard to the hair on head.

Hair that men grow below lower lip is soul patch. These hair are mostly trimmed and do not occupy more place than only a thumbnail. This is also rising trend in young generation.

Stubble is a facial hairstyle with very short and small stiff hairs appearing usually after a day of not having a clean shave. Now a days young boys use clipper to shorten their beard resembling stubble.

Whisker is usually used to describe facial hair on one’s cheeks. Some time same word is used long and stiff hairs of animals (mustaches of cats or birds).

The Van Dyke is a trim pointer beard style that combines the hair from your moustache and goatee and forming a V-shaped. The name of this style was made by the beards worn in the portraits by a painter named Anthony van Dyke.

In vallus, hairs are lighter and softer than terminal hair and these are actually the first facial hairs that grow during adolescence and is what terminal hair turns into.

It describes the beard growth that is shadowy in appearance and normally if a person makes his shave at morning and at evening (five o’clock) beard is noticeable on the jaw, chin, or cheek area. However, some men deliberately grow five o’clock shadows as a beard style.

A cheek line usually starts from the top of the sideburn to the top corner of moustache. It defines the upper growth limit of beard hair at the top of your cheek.

A neckline defines the lower limit of beard and the upper line of neck. Normally, by trimmer or shaving the hair below the neckline, men define the neckline. The line vary according to style, normally it runs  between the point just below the earlobe and running below the chin to the other side of face, some people keep it below chin few keep at center of neck and some keep it up to lower limit of beard hair.

Describing Moustaches and its Different Style

Mustache is an American spelling for the word British word moustache.

Moustaches in a very narrow style like a pencil are pencil moustaches.

An informal word for moustache

Moustaches that are trimmed with clipper

This style is very famous by the name of Hitler and Charli Chaplin practiced this style. In this style, moustaches are without edges like a toothbrush hairs.

In horseshoe moustaches, style grows in the shape of a horseshoe with edges turning down to the jaw line.

Stubbly: (short hairs grown on face of a man who has not shaved recently)

Unshaven: (a man who is unshaven and has hair grown on his face because he has not shaved recently)

Beardless: (a face of a man with no hair on it)

Wavy: (curved back and forth, appearance hair like water waves curving slightly)

Stiff: (rigid and firm; difficult to comb or dress)

Cropped: (shorted hair that are trimmed)

Straight: (hair without any bend or curls, smooth hair)

Trimmed: (cutting of hair to make them short)

Bushy: (thick and full hair those are difficult to comb)

Coarse: hair with rough and hard texture and difficult to manage)

Scraggly: (untidy and not clean or healthy)

Highlighted: (it is partial coloring based on shades to make the hair more colorful)

Density: (a measure of the thickness and the fullness of hairs. When your beard is mentioned as high-density, this means that it’s thick)

Texture: (a measure of the circumference of the hair strand itself. Many professionals would classify hair texture as being either “fine”, “medium” or “coarse”)s